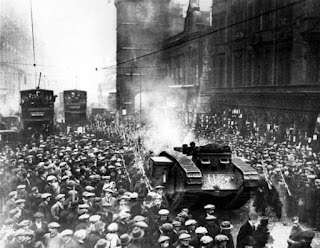 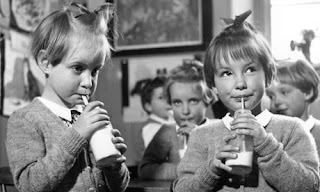 No school milk for miniUKabos when the UKabos actually had representation, so what do you reckon now UKakos?

SNAFU!: BREAKING!!!! British lawmaker shot and stabbed!!!...: No further info...when I know, so will you! The lawmakers name is Joe Cox.  I believe they said she is a member of the Labor Party. So m...

From the comments section
"Eyewitness reports tell that the perpetrator (who has been arrested) shouted "Britain First" as he committed his heinous act.

This so happens to be the name of a small far-right group.
Apparently they have released statement saying the incident had nothing to do with
them & its likely the perpetrator was used the phrase as a slogan.
https://en.wikipedia.org/wiki/...

Both 'remain' & 'leave' referendum campaigns have been suspended.

Yesterday there was a flotilla of fishing boats sailing up the Thames as part of a
protest against the EU's control over fisheries policy & the damage
this has done to seaside communities.

Apparently the deceased woman's husband and children were part of a 'counter-flotilla' of boats
protesting against the protestors.

This episode became rather abusive & made a lot of people on social media in the UK very angry:
That is: the idea of poor fishermen protesting the decimation of their industry & livelihoods being abused by the elites for daring to protest."

Let us be quite clear on this. The UK state hates Abo people of the UK. It has over centuries killed off the UKabos. Welsh, English, Scots, Irish, Cornish, Kentish the whole lot got cleared. In the passed century the UK state exported its mass killing of UKabos to foreign fields.

This is the planned start of the new clearances. All remaining UKabos causing trouble to the UK state will be cleared.
Posted by INCOMING!!!!!!! at 18:41