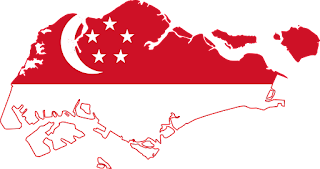 Mexico, Singapore beef up cooperation ties
PANO - Saturday, June 11, 2016, 20:41 (GMT+7)
Visiting Singaporean President Tony Tan Keng Yam and his Mexican counterpart Enrique Pena Nieto on June 10 witnessed the signing of a number of cooperation agreements between the two countries across the fields of agriculture and education.

They also agreed to enhance connection between the Southeast Asian and Latin American-Caribbean regions through bilateral cooperation. 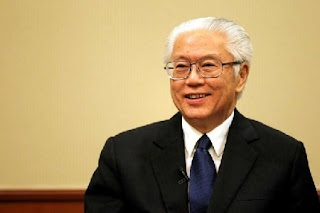 The Mexican President said that the inked agreements between the two countries’ enterprises on June 9 will put forth two-way trade, noting Singaporean businesses can land investment in the North American country in such potential spheres as tourism, aerospace industry, urban planning, seaport and aviation, and innovative industry.

Mexico and Singapore set up their diplomatic ties in December 1975. Singapore is currently the third largest Asian-Pacific investor and the 18th biggest global investor in Mexico.

I make that roughly 50billions per year from the commiecommerCHEKA city STASIstate that doesn’t do diversity nor inclusivity. OOhhhhhh where does that remind me of?

It is also in the correct starting time frame for the theft of all US pension funds.
Posted by INCOMING!!!!!!! at 08:52