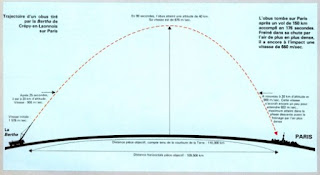 A round of artillery is precisely that, an expendable. Viewed as no more than a ledger item in the dump count. Admittedly one has various types but I think we can agree that they are military items to be consumed in a military operation. One thing they are not is capital, like a nuke sub or battleship. Another thing about artillery rounds is that they are usually queued and part of a fire mission. They are not “special”. Another feature of queuing theory is the lack of civilians in the tables. One does not use rounds against a kindergarten, fruit stall, hospital or hospice. If one does so then one has been afflicted by the Môn heathen.

“Some few Panthers were equipped with special infrared devices for night combat. The "Heereswaffenamt" WaPrüf 8, in cooperation with the AEG was dealing with this kind of optical equipment since 1936, but development was discontinued and the decision to further investigate in this area was not made until the Allies gained total air superiority in 1943. From now on much energy was invested in the project.
The results of these investigations, which were lead by Ministerialrat Dr.-Ing. H.Gärtner Heereswaffenamt/WaPrüf 8, were, that in 1943 the Wehrmacht equipped some few Panthers with 200-mm infra-red searchlights FG 1250 and a BIWA (Bildwandler - image converter), which converted the infra-red image into a visible reproduction. In the first tests at the armoured forces school at Fallingbostel (North Germany) near Hannover the crews trained to drive and to aim at night. Admittedly the searchlight range was not more than 600 metres, limiting the long range advantage of the excellent KwK42 75mm/L70.”

So what is the beef today?

Well a general perambulation round the subject of conception and belief. The above paragraph feeds me back into those actions fought by the panzer dentist in early 1944. Night actions in which his unit eliminated many times the losses suffered by his own. In fact I think the kill ratio would have made any top gun envious. Further reading of the paragraph leads to some dissonance. A long barrelled weapon used in close range combat? Well if your enemy is blind, you are an ambush predator and the numbers are stacked against you the combo makes sense, even though the written history, massively sensored by censors for truth eradication, leads one to contemplate such actions 12 months later where IR was used operationally in numbers against the Red Army and Fifth columnist betrayed conscripts. Well as those who have read other parts of this wombling upon the common will know there is a great deal of disjointed phukkmuppetry propagated by bought and paid for restricted and rationed academic historians. We know better because we have not had our balls cut of by Môn heathen convention. Hysterical hystoeunuchs and mythanimannequins abound in the cloisters and ivory towers. We are wild and free outwith the herb garden, naked and covered in woad.

Anyway back to the KwK42. It was pushing out munitions at a major fraction of the theoretical maximum for chemical propellants. At the same time the UK 57mm with sabot rounds was even better at circa 1.2km/s.

So we leap with a mighty bound to artillery rounds in general.

With 2km/s as the upper limit for tube artillery a slight problem heaves into view if you want to drop rounds on very distant targets, you cannot in 1920. Neither can artillery drop rounds on targets very, very far away in 1940. By 1942 you could. And yet it would take until 1957 for the dropping of munitions anywhere on the planet to come into reality, not by tube artillery, but by ICBM. That is 15 missing years.

Firstly we are looking at an embarrassing fact that the Môn heathen want hidden from view. 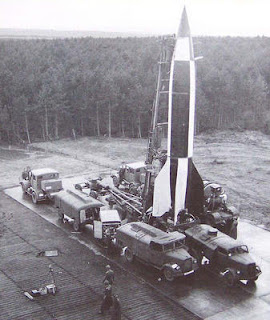 The glowing heroes of the good fight were a backward retarded dump that needs all the golden propaganda poured on it to disguise its rotten fruit ever since. Consider the Mi8 exercise in fighting with pens, black propaganda, conducted by conflict averse creatives in honoured pastoral and bemedalled sylvan leisure in UKplc. Getting paid handsomely, many times a squaddies lot, for doing nothing but what comes naturally, dodging bullets, telling porkies all day and all night, shagging bint and telling the lads in the trenches that everything is all right at home. Well that kind of exercise was inverted and absorbed by the UK media for drizzling like golden cum all over the herd after the engineered conflict had finished.

Secondly artillery rounds and nukes got caught up in the bomber, missile, and capital conflation.

A cold hard stare at UKplc in 1939 would have revealed a de-industrialising shit heap where the scum were to be allowed to die off to make room for more sheep and horses. I kid you not. The USofA corp. was earmarked for any military/industrial consumables to be used in any managed conflict. All UKplc was to become was a Roth deer park and film set. If the BIS lads had had their way Europe 1942 would have had a massive kill zone trench system stretching from Danzig to Belgrade, dead locked for years. Fifth column commies sabotaging any attempt at peace breaking out in the West whilst a slow managed trucking of explosives was landed on the Ruhr by the so called democracies. Once everyone in Europe was dead, i.e. Slavs and Germanics, then the conversion of Europe in to a mega Roth game reserve, staffed by brown serfs, would have continued apace. Trotskyists would have rolled out over the Urals westwards to lead pill Stalin and restore murder in paradise and kill any remaining underground Russ orthodoxy, all financed by NY. Oh and the RCE/TA would not have had any nosey so called free peoples like USofA corp. sticking their noses into its business as the Einsatzgruppen eradicated the aboriginals as happened in 1947-48 and 67. RCE/TA would likely have gotten started around 1944 at the latest.

So with a big flyturd laid in the plan by Stalin in winter 1940, the project went mega non Pareto, contra Ricardo and anti Malthusian. If one wants a direct link between the events of 75 years ago and today, one only need look at the massive attempt to re-enslave us with Pareto, Ricardo and Malthus, in Paris this week.

Into this massive diversity the round of ammunition got placed.

Three things about the process lend backdrop to the theatre.

These are the complex cultivated opinions of those rich in science, technology, philosophy and culture.

To the starving retards who could not bring such a concept into being outside of its birthplace this and other magical things got bastardised, aimlessly and trivially as by chimps playing with fire, after what can be described as nothing other than the “Great Pinchraid of 1943-45”. As we know from the gold heist, used as cover for so much more, the US Army was nothing more than an NY banksters firm from 1943-45 in Europe. Monty’s lads were again more used as RCE/LC bailiffs/asset strippers than military. This is the banksters’ view of our dying in massive numbers.

So we get to the crux of the matter. It took 15 years for both USofA corp. and USSR to digest all the wonders that Germans had made, well that they were allowed repatriate, and had the best men handed over to them for safe keeping, think von Ardenne and von Braun here, Nazis/SS/or not, to try and graft the tech into their milindusplexes. Well that would be a bit like putting contrabary in the hands of movie makers. It would make a great toy for McFly. Give a rocket scientist a camera and he makes it high speed to examine combustion. World views, world views. One is for lounges, couches and shagging. One is for experiment, work then shagging. UKplc used to have a louche workbench but no more. It is now a douche pen. 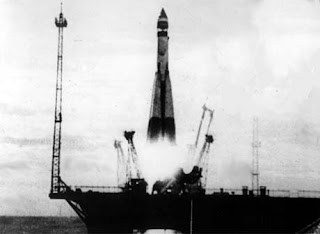 Anyway during those 15 years in NM or Semipalatinsk some weird things happened to this round of ammunition.

If one were a primitive civilisation and conceived, or tried to copy, of the idea of the wheel, organised and hot housed the R&D, monetised and capitalised the societal effort, the wheel would be a “sacred” item not a popular commons.

Secondly it disguised the failure of the sham of strategic bombing.

Dropping mega bombs was the panacea to the obvious, but in golden propaganda terms not so, failure of the lash up that was strategic bombing in UKplc. It was guaranteed to lay waste any city. I mean just look at Hiroshima, quietly forgetting to tell us all about the underground cities, they cried.

Thirdly the limitations of tube artillery released the range constraints.

Now this is where the tale gets really interesting. In order to stop shelling of Paris from Bruxelles or London from Paris, pick your city pair; from X to Y, they created unlimited shelling range in 20 years of labour and research by accelerated accidental design. And here we can compare and contrast successfully the two Môn heathen societies with a studiously freed society that the Môn heathen could not stand because it would have created a nation of free people to liberate the world and replace the Môn heathen too quickly. Now I grant that all economic theory is mindbollox, like cults, but even so let us look at the experimental societal fictions.

Soviet model: everyone who is non compliant gets killed, the rest get made scared to death by state terror, everyone gets what the Politburo dictates they will get, the Politburo shags and binges itself to death on the appropriated fruits of the country, no one cares, all is duty.

UK: the banks decide where the funny money is going, corporations research for mass production of the trivial, massive profits are made for minimum thought, anyone complaining gets sidelined or blackballed, the bankers shag and binge themselves to death on the rationed fruits of the land except a very select few, there is a Gaussian distribution of care/duty level.

Germany: the state dictates where resources are going, enterprises get rewarded for innovation, mass production does not occur as a source of market rigging and rent, anyone who complains gets conscripted, the party elite shag themselves to death on stolen goods except a very select few, there is a restricted level of care and more duty.

In a society that could not deliver basic healthcare, nutrition and amenities to its population pre 1939, the perversion of delivering unerring universal death to everyone else post 1945 never seems to have struck home. Taking German tech, most likely all tested, nukes, computers, semiconductors, ICBMs, synthetic drugs and materials the lot, into a starving corpse produced a reanimated monster in UK, USSR and USofA corp. for the technology serum freed of its own restraints mutated within the new unknowing hosts and emerged as the poorer man’s death meal. Not only did the diet dissolve the hosts, it made them MAD in the process and impoverished their morals into decaying ethics. This process in the West will not stop until humans are no more.

However before that happens everyone needs to note that the Khrushchev approach to nukes has returned to the fold in Russia if the very recent words of Vlad the Lad are to be given credence. Russia which is now no longer an experiment for the BIS to destroy Europe and usher in a Kalergian paradise for human herbalists and gentle alchemists. The linear accelerator has fired the monkey deep into the Euro DNA now and has gone into full AIDS mode. Killing its creators in a false fire.

So Russia is perhaps sane again for now.

In Russia the round of artillery approach to nukes had been reanimated as per its original concept and the question of what capital they are to be used against now raises itself.

What Môn heathen spawn are worth the investment? 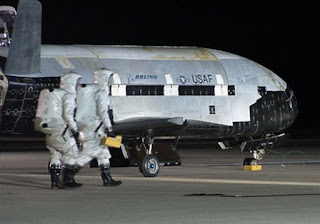