False amnesia syndrome and a synaesthesiac soupçon of things to come. 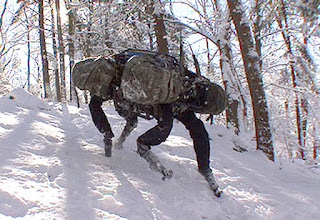 Your correspondent has a wide range of interests which tend to buck shot this adventure in albedonegro graffitas.

Today we wonder about Fraud and the Sumerian King list.

What do we have to deal with when looking at the arseend of the failed hypnosis stage act and skulking drug peddling, shit poking, sister shagging, fight promoting inbred fukkwitz? A retardomong upon which has been constricted a massive priest collective parasitic construct. What we have is just a typical Apiru gold trafficking phukkwitz monkey promoted by the moneysubprimates and invacuoausphartarts of mythical gravitas and counterfeit publishing. So what is he flogging from his tired academispasticloistered stinking germ and putrid specimen jar?

A forged meganothing for those who have had their societies destroyed by money publishing.

I.e. he’s chosen to talk spite by the moneymonkeyshitshineboys and spew more nonce sense into the Herd Attention Space where all the retards mong around mooing and lowing whilst avidly and robotically completing their so called lives as rational consumers of jilted ersatzkrap.

So what is really being covered up is that men have womb envy. That everything men do is placebo rammed up their inadequate sterility derived from a lack of manholes. Talk about returning to the womb! No doubt the wonderwomble couldn’t create anything because he had a micro dick and no fanny! So he just wandered around the empty halls of his mind. The schmalhermaphrowanker.

Which explains a great deal about St Paul.

Who may have been Josephus. That is one of those very interesting thoughts to hold and examine for a long, long time. Ta mukkle Dr Scott de Hart for such bon thought.

With that move onto transhumanism we speculate with our illuminated speculum deep into the pudenda of infertility.

So with sabotage penis envy driving women to be men and men being removed to minerals and vegetables by the priests of false reason, black temple clerics who would have us replaced by never ending self repairing cloned Boston Big Dogs feasting on the carcasses of our outré children, one asks; "Are we going forward or backwards in time?"

We have to wonder if the first of the King who came down and made Adams was a machine.