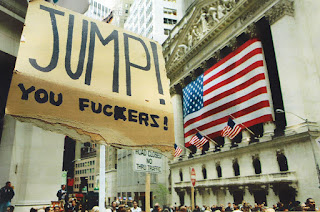 What is left in the world that needs to be eradicated? Who is still not aligned, spiritually, psychologically and intellectually with the business strategy? There are not many left after thousands of years of non stop ops.

No? Neither can the geezers in charge. We are simply in a transient stage of cleansing.

So to answer the question posed last outing, where do you drop artillery rounds?, one must once again return to the scene of the crime 70 years ago. I will not detail the evidence other than to once again state that the true purpose of the Iron Curtain was to hermetically seal the vast jewish financed, ah ah don’t start, crime scene from the voters in the west until such times as the power of voting was enfeebled, memory was gone and theft was completed.


News Forage: WWII secret tunnels and treasures beneath a castle...: Earlier this year, the area around the city of Walbrzych, in southwestern Poland became very popular. In August, two explorers announced th...


This train rubbish was wheeled out on schedule; Mussolini must have been involved, as part of a drip, drip of known western unknowns. What else will be coming out of the woodwork soon to scare the shit out of us all? Well the true scale of the scare can be constructed by simply extrapolating from the lies spouted about WMD being in the hands of geezers like Saddam et al.

As an aside one notices that no one states that the WMD of the west are all under lock down control by Rothbots. They get released only for Rothmissions.

So imagine you are told that all the bad guy WMDs are diffused throughout the west. Well now how are you going to deal with that when the wicked witch starts the pantomime?

So with these two following items to chew on we can consider a firing solution.

With all the highly paid SS scientific contractors, yes including ZiojewRothbots on trains, hard at work in the chem. warfare labs attached and satellite to the labour/slaver camps of the Reich and Reichprotektorate, R&Ding like mad on WMD and then productionising the weapons on a vast scale. Then one can be sure that the Red Army would have appreciated the non explosive properties of nuclear artillery in 1945 when the special RockRoth stockpiles were reached.

With the idea released today that Turkey passed sarin, SS corporate intellectual property,  to ISIS/CIAduh/Theboogieman/MiHi.Rentanatrocity.com/RCE then we need to look no more closely than at the natural criminal networks being leveraged for future Scare the Shit out of the World Operations, especially the psychotic drug fuelled murderbots in NATO.

I do not want to scare the shit out of you too much but the artillery will have to come down in Arabia Felix soon if the MOABs failed.

Now we have to ask ourselves if Vlad is braced for blowback and has worked out how to stop the next moves of this orchestration because the RCEZiocreeps do not want to use their forces in case the NATO voters bolt and go mental before they get the whole thing ignited as a TPP market clearing mechanism for establishing the initial conditions of their Global mental illness experiment.