War News Updates: Is The U.S. About To Take A Harder Line Against Is... 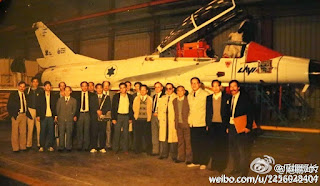 The plan for the pivot of the Roth pirate base to the ChiComms continues to plan. Watch for a sudden need to have ChiComm J20s.

And you wonder why the F35 is a designed POS! With BAe involved it could not be other wise.

War News Updates: Is The U.S. About To Take A Harder Line Against Is...: President Barack Obama and Israeli Prime Minister Benjamin Netanyahu appeared at a news conference at the White House on Sept. 10, 2010, ...

If the staff members of the Tel Aviv fire base can spend a decade making a NY golf course project into a shhhhhh.....secret shtetl.

Imagine how well they must have planned the destruction of the West's TacAir.

Making this plan as plain as a barn door up the ass.

First, US out of Europe, then Russia out of existence and then the happy days can start.
Posted by INCOMING!!!!!!! at 08:36