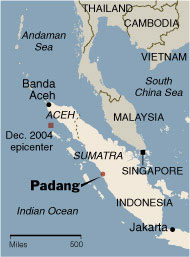 At the other shop there is a roplog of WAG’s take on a dangerous wanker wandering Apiru fukkwitz who likes trading in WMD. https://thestoker.wordpress.com/2016/05/24/asher-karni-the-israeli-jew-who-almost-helped-pakistan-trigger-its-nukes/

I commented there off the cuff so here is some of the reasoning behind the mindburp and a great article from a while back.

The Lizard’s countryman peddled in the WMD developed by his Apiru buddies in NASDP Germany, they only played cards, drank booze and shagged cow girls in Manhattan, all Hawkeye Pierce stylee, for use against the rest of the world by Rothschild mentalist genocidalcreeps. What makes you think that the mass murder of Europeans by the Talmudist terrorists was going to stop at the Pripyet? It took years and years to kill millions and millions of Russians, 24/7 night and day non stop murder by NY financed psychobranded iYahweh botherers and commiiYahweh lovers kidding on they were atheists, the phukkwitz.

Remember the equivalencies here. Phukkwitz=HAS (herd attention space) jew. Uranium=Gold. To be anti-semitic is to be anti-phukkwitz. A laudable calling bearing in mind that we are all dealing with the universal god of mass phukkwittery and mass murder disguised as commerce. Remember that there is no truth in the news and everything staged is a news event. There are no jews and yet jews are to be universal. O’Brien could not be named because he has no handle to be newsworthy or jewsworthy.

Now don’t be getting all upset now, the good news just gets better concerning the interloping ersatzjuden otherwise known as fauxHeebs or synthetIcsreal. As I’ve always stated, the business education rubbish that is fed to us just needs recalibrated and reranged to be useful. So previous behaviour is a great indicator of future actions. Who else but a bunch of stone aged hazard khazars could have taken a load of US Army contracted X-Ray machines and fried the brains of Yemenite Hasidic children in the Rothschild firebase known as Tortuga sur Meds( doped up on gangsterindoctrinationasfakireligion), sounds all Sobibor doesn’t it? Getting this yet? Got that Tel Aviv Mengele vibe? If she was still alive you could ask Ofra Haza all about it. But the khazar shit heads offed Ofra for getting all uppity.

Anyway the phukkwitz in the USSR circa 1935AD were searching for a quicker industrial means of offing all European non phukkwitz, and a fair old number of fukkwitz who wouldn’t get with the programme.

The wunderwaffen was not ready by 1939 so the old methods still needed to be used to kill everyone and in the brief period from Sep 1939 to June 1941 the rest of Europe got to see what was in store for it when the RedPhukkWitzCHEKA genocidal army got up to the Mannerheim Line, Tallinn, Vilnius, Riga and Brest Litovsk. As I’ve said before the lime pits would have been deep, deep and plentiful in Epping and Hampshire you UKabo mongschmurphs.

Anyway the things that came to mind when WAG was delineating the career criminal’s never short of a penny wanderings, were roughly as follows.

The SA nukes got lifted out to the UAE and “misplaced”.

The Bridge on the River Kwai malarkey is just a load of WW2 bollox vaguely remembering by obfuscation the real reason for the railroad down there was Uranium salts shipping.

The movement of ChiComm R&D to the inland industrial zones, pursued throughout the decades 1950-70, away from the coastal war zones where nukes were expected to land.Land Destroyer: China's Xinjiang Problem - Made in USA: November 10, 2015 ( Tony Cartalucci - NEO ) - China's western region of Xinjiang, a vast area home to some 21 million people, is one of..

The Western, always schmokkin’ mirrors except when it comes to Europeans,  sanctions placed and lifted to manipulate clandestine flows of tech. for use by the “breakaway” gangsters included NK, ChiComms and Burma.

Now that triumvirate is the old IJ nuke weapons logistics and fab complex all united into one great big controlled petri dish of WMD disguised as sanctions.

To me JJA, forget the Dulles brothers, assholes, to me JJA says Zionistratlines, art, gold, Indonesia, Oswald. All from his time in Rome in 1944. That is all you need to know to get to the bottom of JFK, Auschwitz, London, Paperclip and the coming HWW of which our Apiru Cru are the prime movers.

Anyway back to triggers and their possible hideaway.

Three years ago a defector from the Myanmar military fled the country with extensive documentation of a nascent secret nuclear programme. The chain of custody and validation of the material he possessed rivals the equivalent information currently attributed to Iran, whose own ambitions have become the target of threats of war from the US and Israel.

But after initial alarm, the world has largely fallen silent on Myanmar's programme. In November last year the government made a welcome promise that it would signthe International Atomic Energy Agency's (IAEA) Additional Protocol, thereby allowing the IAEA to carry out nuclear inspections inside the country to resolve outstanding allegations of a past nuclear programme. To date, however, no such protocol has been signed, and Myanmar remains hidden behind an old agreement that allows them to state that they have no significant nuclear materials, and avoid inspections or even answering questions.
The upshot is that the world remains as in the dark about the work being undertaken in highly secretive factories operated by the military as it did when photos and testimonies first emerged. In addition to the evidence of the early stages of a nuclear programme aired in a documentary co-produced by the Democratic Voice of Burma and Al Jazeera in June 2010, it is widely known that some 5,000 young Myanmar engineers have been trained in Moscow in missile, engineering and nuclear technologies. So when senior Myanmar officials deny the existence of any nuclear programme and stonewall the IAEA, suspicions are aroused.
Myanmar's immediate neighbours have also fallen silent on the issue. The Association of Southeast Asian Nations (ASEAN) bloc has not followed through in investigating the allegations, given the rush to take advantage of opening markets and lucrative oil and gas contracts. Perhaps this selectivity has also guided Washington's reluctance to press Myanmar as hard as it has other global nuclear threats.

The US has pointed out that missile cooperation between Myanmar and North Korea is real and must be stopped. Leaked photos and documents from a 2008 visit to North Korea by Shwe Mann, then the Myanmar junta's third-in-command, and now a powerful speaker of the Lower House with presidential ambitions, showed the delegation touring missile factories and meeting with Jon Byong Ho, who was a key figure in North Korea's own proliferation programme.

While nuclear cooperation between the two countries is a much lower concern - little evidence exists to suggest that Pyongyang has supplied information or material to support such a programme in Myanmar - the administration of President Thein Sein could clear up whatever lingering doubt is there with openness and candour.

An opportunity presents itself in September. The IAEA will be holding its annual General Conference (GC) where all state parties to the Nuclear Nonproliferation Treaty will be present. The GC is covered by the world press and is an ideal venue for Myanmar to boldly follow through on the signing promise. It would receive considerable world attention and be another step on the road to normalcy.

One word of caution is required. When a country signs a treaty or agreement, it does not take effect until the legislature of that country ratifies it. In the Southeast Asia region we have examples, such as the Philippines, which signed an Additional Protocol but did not bring it into force for 12 years. Malaysia and Thailand signed in 2006 but have yet to ratify it, presumably because it is a low priority for the governments.
Even when the treaty is ratified, the internal efforts needed to bring it into force require many administrative and legal steps, including establishing regulatory and investigative bodies and appropriate legislation so that they can respond to IAEA requests for information in an orderly and complete way.
The best way to move forward is for Myanmar to sign in September and then immediately inform the IAEA that the Additional Protocol has been signed. Myanmar should then immediately voluntarily respond to the IAEA as if the Protocol were in force. This would allow pressing questions to be posed and inspections to take place almost immediately, and begin to close the books on Myanmar's past nuclear ambitions.
Failure to do so should rouse suspicion, and renew scrutiny of what projects Naypyidaw is pursuing in its secretive facilities. Already we know of possible uranium mining and processing in the country's north, but its leaders refuse to acknowledge any such work. If there is no prohibited activity, Myanmar should allow those inspections immediately.

Eight months has elapsed since the promise to sign was made. In that time, questions have been asked of the need for the colossal resources pumped into Myanmar's military, which still receives more than a fifth of the total state budget each year, dwarfing both healthcare and education combined. Millions of dollars from this will have gone into a series of major assaults on Kachin rebels in the country's north, who were last year targeted with air strikes. Any suggestion by the government that it is scaling back the might of its monolithic army, comprised of some 400,000 troops, can be roundly dismissed.

These are all concerns that conflict with President Thein Sein's claims of a break with Myanmar's past. Washington's demands for transparency and military reform in its new ally should take precedent in its policy toward the country, over that of access to markets. It is also on Thein Sein to come clean on the ambitions of his military. One step toward achieving this could be taken with the signing of the Protocol in September.

Robert Kelley is a retired Los Alamos National Laboratory analyst specialising in nuclear weapons programmes worldwide. He was a Director at the IAEA from 1992 to 1993 and from 2001 to 2005, responsible for analysis of Iraq's nuclear programmes.