Last chance for the wicked? 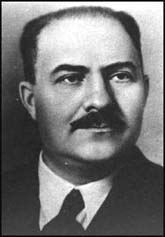 A month ago these guys reckoned Europe was up for burning by CIUDs and ISIS mercs.

"In this episode we discuss the danger of an Islamic State under pressure and what that threat will look like over the next few months and possibly years. We also look at our approach to counterterrorism more broadly and discuss the many ways in which our understanding of the problem influences the tools we choose to use. Understanding the problem correctly, developing the proper perspective, is the key to long-term success and it doesn’t feel like we’re there just yet."http://covertcontact.com/2016/04/24/how-will-isis-evolve-and-how-will-our-response-evolve-with-them-episode-45/

Trump Betting Everything on Continuous Terrorism and Financial Panic from Now Through Election Day
http://tarpley.net/trump-betting-everything-on-continuous-terrorism-and-financial-panic-from-now-through-election-day/

Many commentators wonder what will happen if the London/New York/Tel Aviv mentalist mercs loose dead ground. Does it matter if ISIS cannot wander around the back lots of as much unending bleached sand beheading as it used to or hire as many bit part Malthusian Candidates these days, now that there is a real danger of a Russian LGB taking out their drinks cabinets and whore houses?

Well last time the London/New York/Zionist financed merc mentalists lost real estate they just killed everyone in sight and the banksters coughed up the doe for genocide and taking the piss out of Europeans. Nothing has changed except the magnitude of the sacrifice on show.

Has enough time passed that the banksters judge that they can get away without damaging their breeding mares' spawn in the future by lighting the fires today? If they do then we are set up by our own volition. And when they do they recast themselves as religious mercs once they collapse their money games. Are the stars aligned so that a new one religion will stand a chance of blinding the ignorant remnants again?

So every last little bit of dissention on our part will weigh immeasurably in the finest calculations of causality feedback with these metamorphicperps and verily phukup the alignements they so carefully cultitilate.

Is that not so you putrid putative breakaway Neo Nimrud?