Why did the USSR suddenly disappear? 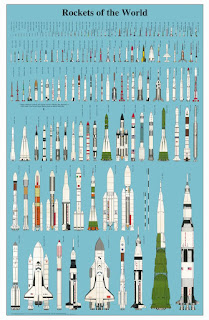 Steve Weintz, National Interest: The Rise and Fall of the Soviet 'Death Star'

Polyus was designed to destroy satellites with a one-megawatt laser.

The ambitions of the United States and the Soviet Union, late in the Cold War, to launch massive weapons into outer space sounds like a fever dream today. Few however know just how serious it got, with the USSR making impressive progress on plans for a so-called “Red Death Star” to be launched into orbit.

Despite signing a 1972 anti–ballistic missile treaty with the United States, the USSR continued research into missile defense well into the 1970s. When President Ronald Reagan announced his "Star Wars" concept in March 1983—a moonshot-like missile shield that would render ICBMs obsolete—the Soviets were ready with a response.

WNU Editor: I mentioned about a month or two that my uncle was involved in the Soviet Union's military satellite program. He was a director at their plant in St. Petersburg. What always struck me about my uncle and his colleagues was their passionate belief that everything was possible .... and  the Soviet space program reflected that mindset. Unfortunately .... there are limits, and the Polyus disaster attests to what happens when everything falls apart.
War News Updates: The Soviet 'Death Star' And The End Of The Soviet ...: 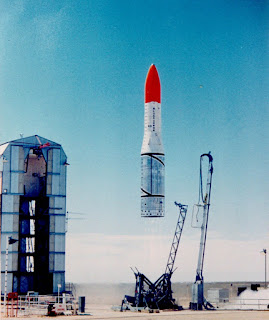 I was a whippersnapper when the rockets went up and I've watched it all come tumbling down ever since. Being an inmate of the world's largest open prison I possess one of the unique senses, a genetic memory, that a UKabo picks up with mothers milk, the ability to track the spoor of fukkwittery.

Fukkwittery, most clearly displayed by Apirus Fukkwittus, though not unique to them, they are merely early forced adopters. Fukkwittery is a life style choice and no one could be bothered with it unless the money was good and thievery easy.


Some of the Apiru propagandakinderspeil is falling off of our eyes now and the reason why is at last revealed.

We are being abandoned by the Apiru machine. Babylon is headed east to RCE/Shanghai with the sub office in RCE/Brasilia. RCE/TA will be pointing its Samson options at us to make sure we keep paying the taxes due to their new ChiComm buddies who will be coming back soon to reclaim their off shore havens in the Caribbean. Remember Panama is ChiComm now. What makes you think that they aren't just taking possession of what was always theirs under ALMIRANTE charts?

I also postulate here that the age of Roth/Rock is removing its form from the stage. Just like the idea of Elvis faking his burgercide so he could lie on a beach somewhere remote enjoying life and cedillas, so the murdering creepzoids have done their tour of duty under their sun.

RCE (Rothschild Criminal/Corporate Entity/Enmity) will need to be replaced by LCE. Poetry. Mind you Li will likely change their handle to facilitate their melting into the background in a couple of centuries time. I wish the Zionist Gold Report was still up and running, she always had some great info on ChinkApiru.

I mean who remembers the senior Apiru operatives before the Rock/Roth, before the Fuggars and the guys before them? Can you name the Roman Rock/Roth equivalents? So get ready for the next generation of X-Men. Now you know why the Pripyet tools are marrying into Mandarin oranges.

Now you will notice that there is no way that the next Apiru Cru will be of Teutonic or Slavic descent. That is what the past 200 years of European war was waged to make certain. Indeed the likelihood of the Apiru getting removed and the Apiru bosses being taken down was a major emergency in those centuries. BTW USofA corp. to expect your lot to get the chair is laughable. You’ve got two more cycles of the ordo ab chao to get through first I reckon.

Anyway why did it disappear?

Well it made sure that the Apiru scions didn’t turn their universities into academic shithouses by giving the jews their correct demographic quotas and they finally recovered from half a century of genocide that had been sponsored by RothRockscum bitchboys toting improvised explosive yarmulkes disguised as proletarian freedom.

As I have alluded to several times during the Bombline and IR outings here, the deep actors had to go very deep once the last big one went out of control in order to bring it into some sort of managed crash landing.

That deep stratum made it known, once the anti jew meme of USSR had been MSM’d to death during Starky and Hutch reruns on USATV, to its deep throats that it was curtain call time. Once enough USSR tech had been stolen into RCE/TA the engineered disappearing act got the green light and the whole edifice got pulled WTC 7 stylee.

Unlike USofA corp which needed to be constantly prodded to use all the stolen tech from NSDAPG, the USSR actually understood and absorbed the knowledge it managed to get its hands on to augment its natural intelligence. Natural philosophical sophistication which the Talmudic murdering retards couldn’t snuff out nor get their disabled pentateuch heads round.

Do you think that the western military industrial complex of 1970 could do anything other than burn money? Come on, name me one system born after Jan 1 1971 that is/was a success? It has to have been around this time that the RAND lads needed to be brought in to get the CIA B team up and running because the USSR really was ahead of the game though it had nothing to do with missiles. It also had nothing to do with re-armament militarily. After 60 years of lying semi dormant the true power of a money publishing house was released, the only thing that Moscow could not deploy onto Greenham Common protestors.

By 1975 the USSR was technologically so dangerous that it needed the fifth columnist stay behind agents to crawl out of the wood work one more time and fill the graves again.