Something that I forgot to mention.

I boycott anything that steals my time, sight or sound. So ALL advertising is now working directly against the fools. When was the last time your teeth got whiter?

I would take you to Calanais now but I'm sure you can do that for yourself.


You could not make this shit up!!

http://www.silverdoctors.com/silver/silver-news/deutsche-bank-agrees-to-settle-with-plaintiffs-in-london-silver-fixing-litigation/
Deutsche Bank, HSBC and Scotia are the only members of the London Silver Market Fixing Limited, a private company that had operated the London Silver Fixing auctions until mid August 2014, after which time that auction was superseded by the LBMA Silver Price auction.
The case (# 1:14-md-02573-VEC) is being overseen as a class action suit by federal judge Valerie E Caproni in the US District Court for the Southern District of New York. A large number of different plaintiffs had taken similar actions and the cases were consolidated into one class action suit. The plaintiffs allege in the suit that Deutsche Bank, HSBC and Scotia colluded to fix the price of silver futures by publishing false silver prices, so that they, as members of London Silver Market Fixing Company would benefit (from the price movements).
The full 1 page letter from the plaintiffs legal representatives Lowey Dannenberg, Cohan & Hart can be read here ->Deutsche letter to Caproni – 13 April 2016 – London Silver Fixing – Lowey Dannenberg Cohen Hart.
In a shocking development for the remaining defendants and the entire future of the current LBMA Silver Price auction, owned by the LBMA, administered in London by Thomson Reuters and calculated by the CME Group,  the letter states that:
“In addition to valuable monetary consideration, Deutsche Bank has also agreed to provide cooperation to plaintiffs, including the production of instant messages, and other electronic communications, as part of the settlement. In Plaintiff’s estimation, the cooperation to be provided by Deutsche Bank will substantially assist Plaintiffs in the prosecution of their claims against the non-settling defendants.”
The plaintiffs include Modern Settlings LLC (of New York and Florida), American Precious Metals Ltd, Steven E Summer, Christopher Depaoli, Kevin Maher, Jerry Barrett, Rebeccca Barrett, KPFF Investment Inc, Don Tran, and Laurence Hughes.

The defendants include Deutsche Bank AG and various other Deutsche Bank entities, HSBC Bank Plc, HSBC Bank USA NA, HSBC Holdings Plc, and various other HSBC entities, The Bank of Nova Scotia, and various other Scotia entities, and finally The London Silver Market Fixing Ltd.
Coming on the heels of the unresolved and unexplained fiasco that is the LBMA Silver Price auction and the broken promises by the London Bullion Market Association (LBMA) about greater auction transparency and wider participation in the new Silver auction (see BullionStar blog “The LBMA Silver Price – Broken Promises on Wider Participation and Central Clearing“) it seems difficult to envisage that the LBMA Silver Price can survive in its current form, with its current participants, of which 2 of the remaining 5 participants are HSBC and Scotia. It will also be interesting to see what the Financial Conduct Authority (FCA) will say about this development with Deutsche Bank, especially in light of the fact that HSBC and Scotia are now participating in a ‘Regulated Benchmark’ (the LBMA Silver Price), where price manipulation can be criminally prosecuted.
The directors of the London Silver Market Fixing Limited company in the months before it ceased doing the London Silver Fixing auctions, were Simon Weeks of Scotia, Matthew Keen of Deutsche Bank, and David Rose of HSBC, with alternate directors of David Wilkinson of Scotia, James Vorley of Deutsche Bank and Peter Drabwell of HSBC. Since the above list was drawn up, UK Companies House filings show that, for London Silver Market Fixing Limited, David Rose ceased to be a director on 5 January 2016, David Wilkinson ceased to be a director on 16 October 2015, James Vorley ceased to be a director on 27 May 2014, and Matthew Keen ceased to be a director on 18 February 2014. According to those filings, it means that Simon Weeks of Scotia and Peter Drabwell of HSBC are still directors of the company that is a defendant in the above New York class action suite.
Surprisingly to some, Simon Weeks of Scotia is listed on the website of LBMA Silver Price administrator Thomson Reuters as still being a member of the LBMA Silver Price Oversight Committee. See list here. Furthermore, the same Simon Weeks is still listed as being a member of the LBMA Gold Price Oversight Committee, chaired by ICE Benchmark Administration. See list here.
Some of the above directors names will also be familiar to readers as directors of the London Gold Market Fixing Limited company, as profiled in the ZeroHedge article “From Rothschild To Koch Industries: Meet The People Who “Fix” The Price Of Gold“.

I will repeat that although I have the greatest admiration for the silver/gold boys, glad to see that Capt. Morgan and his rogue bird was on with Keiser yesterday, one must never forget that the metals are original slavery and always will be, and that they are there to lead us to disaster on this multi millennial long recovery.

The unbroken home of slavery is in Arabiaratland, middle men of human misery. Apiru nexus of semiticamevil. Misers and degraders of humanity. All they’ve got to export and vibrate about is human unhappiness, slavery, child usury and their killer psychoWalter Mitty. Always will be and always were since the first mission was sent out to recover the gold. BTW where were the sandsuckingloon phukkmonkees when the world was about to be degraded by the dark light of perverted science? Sitting on their arses stealing things as brigands do, that's what wahabbi Apiru du.

In the great big one, when the evil Nasties were intent on taking over the world, incredibly the eviloidscumsuckingloons sought to kill everyone by spending up to, and exceeding, in some years, 25% of all weapons expenditures on… erm… welll…. Flak defence!

Actual, real, not lethal to other persons in other lands, defence where the only way to get the ammunition expended at you, by the world destroying bastards, was to fly over their country and bomb it. Not sit on a hill side far, far away and tending your flock by night!

In a world where our murder as defence ministries get special attack warcriminal export appropriations to go out and kill small animal veterinarians and flower arrangers, that is just phukkin’ weird. 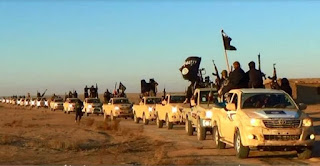