The Real Winners of the Air Force Bomber Contest 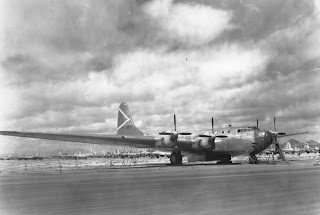 The Real Winners of the Air Force Bomber Contest: The Air Force’s selection of Northrop Grumman to build a new stealth bomber is the first major award in years to withstand a government audit and, for some, a win for Pentagon reforms.

By the time this thing flies, if it flies, USofA corp will be nothing but one megaWalMart$Store surrounded by a HumungouSuperMax prison. It will be a matter of psychology who considers whom to be imprisoned.

More seriously by 2050 the TexMexbomber assembly hall in Yucatan will have cleared the jungle and destroyed any remaining evidence of inconvenient history.

As I've said before the USAF now finds itself in the self delusional Disney world of TSR2: Return of the final destruction of the industrial base. Then it will find itself in the position of the RN in 1935 where the industrial base couldn't supply and Czech armour plate was imported, oh the balance of payments crisis, only to have the Corporal queer it all by wandering in all peaceful like and nationalising the shebang.

You do know what peaceful means don't you? I'll give you a clue.

Peaceful does not involve Agent Orange, Depleted Uranium, wiping out wedding parties, missile strikes on hospitals and assorted other war crimes perpetrated upon innocents by the brain dead stooges inhabiting the retarcracies. Oh sure some geezers snuck out of Czechland pronto to Blighty but they had bars of gold tucked into their car fenders contra UK exchequer statutes and laws, so they were cushty unlike the deliberately made starved, ignorant and malformed UKabos already imprisoned there all unemployedstylee.

When did any UKabo who was about to die have gold to smuggle into any country?
Posted by INCOMING!!!!!!! at 19:28