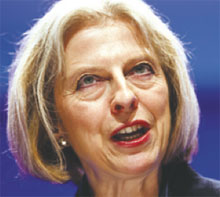 HRNK Insider: The Rime of the Juche Mariner: North Korean Sailor...: by Greg Scarlatoiu (translation of all North Korean propaganda material by Raymond Ha) During a recent speaking tour in South Ame...


One might think that this should be parked over at the other shop under HWW. As those who’ve wandered there know your correspondent watches the tri-Border area for signs of fuerzes espaciales and unteractors meeting, years in advance, for ops in the Hyper  Littoral when the time comes. Well the reason we’ve got it here is that I have not heard, read or even caught whiff of anyone pointing out that with Brexit, a staged Shakespearean production, the 2020 operation is go.

UK and Europe are now in 1905. The rainbow will get switched to full psycho mode soon when the food is rationed and we get our own 1917.

If one needs to view RCE/LC and its surrounding mayoral satrapy in any light then simply think of Moscow 1925.

Do you really think that Roth/Rock were ever as uncomfortable in the USSR as they were made to feel in Europe and USofA corp. 1945? Do you think that Roth/Rock were ever unhappy on an African plantation killing mega fauna, UKabo substitutes? What ever makes them happy they will engineer by publishing infinite money.In 1930 they removed all the published money and everyone was pfukked, except them. In 2016 the world is drowning in published money and everyone is pfukked, except them. Got the idea? Economics and finance are for believers in death to all.

Start thinking in oligarchtime not UKabotime. A century is nothing when you are unshakable in your faith and proven capabilities.