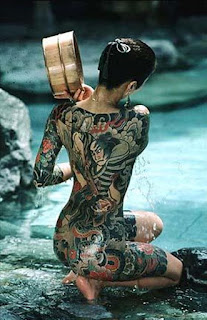 ….otherwise known as the Thief of Threadneedle Street 1992 edn…..

…..or Simon and Elie’s retarded phukkwitzdark thespian bit part fiddler on the hoof, who couldn’t do anything but horse ride around a looted Rothschildlike estancia in Hungaria whilst the Red Shock Armies were lobbing high velocity explosives at everyone who was not a commie retard, the dead commie retards were just Marxist collateral damage, on the wrong side of Trotskyite hystriomics.

Ever wonder what a teenage slaver and human trafficker could have done in 1944 that was so valuable for his Apiru kapos?

Well the first thing to do is ignore everything that we’ve been told and then look at a map of the area and it’s history. First thing to note is that the ApiruCru sent one lot of the dialectic over to USofA corp to hedge their bets before the slow burning taper lit the fuse. Lizards et al went over to Hollyweirdland at the same time that Churchill and Cherwell were tooling around Mitteleurope checking on the tubes as unalloyed chimneys scam. This is 10 years or more before Nignögy, what’s your real handle china?, got to make his bones in 44.

How can all that 80+ year old legend be relevant to NATO now?

“Soros is a behind-the-scenes despot. He is an evil man who has used his wealth to further all the causes the Democrat Party holds dear.

He was also a Nazi collaborator. In his autobiography, entitled "Soros on Soros," he blithely describes how as a teenager he helped cart off the possessions of Hungarian Jews after they were sent to concentration camps. Soros wrote that this never bothered him, even though his father was Jewish and he grew up in a Jewish home. He says he has no regrets for his actions. "Somebody would have done it," he wrote.” http://mediamatters.org/research/2010/09/20/toronto-sun-corrects-soros-nazi-smear/170877

Anyway far, far way but ever so Soros.

India to lend Kenya $45 million for manufacturing sector: India and Kenya have signed seven pacts, including in the field of defence and security.

“In 2012, then finance minister Pranab Mukherjee had famously said British aid was "a peanut" (sic) in India's total development spend and that the country could very well do without it. This followed loud voices in the UK protesting against British aid to India, a country which, they said, has a robust space and defence programme. Aid activists, however, pointed to India's poor millions to make a case for retaining the programme.” http://timesofindia.indiatimes.com/india/From-Jan-1-UK-to-stop-financial-aid-to-India/articleshow/50388300.cms

“…………….Indian Prime Minister Narendra Modi has ended a four-nation tour of Africa that took him to Mozambique, South Africa, Tanzania and Kenya.
On Monday at a news conference with Kenyan President Uhuru Kenyatta, Modi said India will lend Kenya $45 million to help develop a textile factory and other smaller industries.
“India is Kenya’s largest trading partner and the second largest investor here. Even with that, there is a potential to achieve much more,” Modi said.
Kenyatta said $30 million of the funds would be used to revive the Rift Valley Textiles Factory. India had evinced interest in reviving and expanding operations of the company in 2014.
India and Kenya on Monday signed seven pacts, including in the field of defence and security………………...” http://thebricspost.com/india-to-lend-kenya-45-million-for-manufacturing-sector/#.V4UPW6JGRGI


Schwartz György’s servilebitchWestminster, which welcomed black George to gang bang UK on schwartz Wednesday, has finished priming the pumps in India and will now reap what it sowed on the threshing floor of RCE/LC. Meanwhile rainbow revolution György will be aiding in the theft of more property here in UKaboland and wherever his master’s point the freak and his foundationbitches to cause troubled, dead, looted and ignorant peoples.

What did the black bastard sonnbitch do to please his masters so much that he gets to stand, promise in hand, under the money publishing house laundry exit window, first in the queue for handouts?