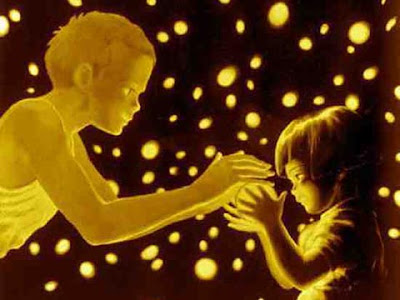 "I'll only be here 'til Bon; if Bon comes early, I'll go home early.
I'm just a beggar; these are goodly folk, with nice obi waist-sashes and nice kimono.
If I should die, bury me by the roadside; offerings or water will come from the heavens.
(If I should die, who would cry for me? Only the locusts in those pine mountains.)"
Eng. var. trad. Kyushu lullaby

I was chatting with my Baluchistan buddy about why the AI malarkey will fail humanity and yet succeed for TPTB and their TFs. We two come from different perspectives, engineer and philosopher. Hammer and giggle. We agreed that there is only one way that they can attempt this, as usual fake ritual in a hat, and that is to make humanity as dumb as snailshit in the aggregate.

This is a Lamarckian process which they believe can be achieved simply by the application of their will. Now don’t get me wrong here, they can achieve a simulation of their objective if we continue to breakdown our own defencenetworks. Great ancient cyclopean works like lucre free focused grace and unpublished synchronised prayer. This is an all or nothing concept. You just don’t cut up the main belt of 16” KC and go hide in your safe zone panic room play pen ball pond and hope for the best in a rationaleconomicmuppet sort of way. Get this straight; economics and finance are the devil’s own artillery. Numbers are his mercs.

All the Turing Fails, the swarms of the pfukkers, that have turned up recently were brought into existence by our own inattention. If you want to experience the 22nd century of TF AI go and partake of a mass event right now. The only thing that will be different in the future is that you can have a fully retarded experience in picoseconds, not hours.

Like the Rigiddick character from Pitch Black, frozen awake in hyper sleep, anyone alive in the TF AI world will be living like flystuckamber.

TPTB know all this of course.

If your eyes can collapse wave functions for a non local time invariant mind to decipher then what the phukk do you need AI for? Jailer.

So what are they up to whilst we watch the iURINALHDTV Pyonyangpissstream?

Consider that gold is so precious because it is Pythagorean hyperviscous time; it is quite literally the herest of elements. Other elements are more, how can one put it, flexible with their time keeping in and out of our world. Non metals are sort of not here.

So what was it that brought a decelerant into view all those centuries ago?

Let us put it this way. Park the most sophisticated of Alan’s sons or daughters in a solid gold room and they will never even catch a whiff of God, never mind the presence of, like the Hebrew priests did.

And with that we set off on our separate ways through the Jurassic Park that is now Hampstead Heath where I saw May in June, in town getting her sharian orders from the kahilla.
Posted by INCOMING!!!!!!! at 08:00