The Scarlet Pimp in Jail? 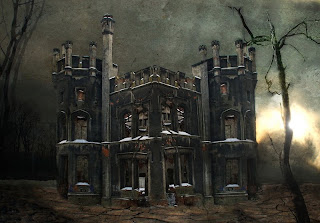 They seek him here

They seek him there

They seek the fell Lord everywhere

Is he in heaven

Is he in hell

Wherever, there’s a terrible smell

What’s he up to

Is it good, bad or rotting

Venomous stab in the back

Is he RED demise

I’ve sent out my spies

You thought I was jingling about The Mandelbrot Set, didn’t you? Well it makes no difference First Lord of the Treasury or Necromincing butt welder, they’ve all been compromised and handled. Somewhere in escrot the photos and film of some poor furry animal being skunkknockered exists. The goons will do as they are told.

BTW where is The Mandelbrot Set? Spending Yuletyde flaying boys in one of Rock/Roths mansion’s dungeons? Drowning baby pandas by butt feeding them champers at Checkers? Or eating rotting corpses the Scandinavian way?

In the face of this kind of sustained and deliberate attack on the institutions, political economy, morality and good standing of us ordinary peeps of UK plc how do we go about setting up a people’s court?

Silver shovel in your hand, garlic round your neck, wolfsbane spliffs at the ready.

Hats on and saddle up.