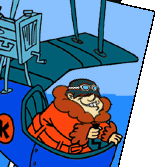 Could Klunk have been given secret funding?

Funny how the universe pitches up with more info on a little something I was going to bang out today. Just a little note on how the whole military/congressional/financial complex of USofA corp. has robbed the West blind for decades and channelled the tech to the ChiComm gulagers, & prison state criminals that Gordon Brown will shake hands with. Making middle men unfeasibly rich. Then an angel decelerated to sub light with this, so here goes.

Remember the high frequency trading screaming and yelling during the late summer?

Goldman Sachs secrets about how they scam money from everyone on the planet, “doing God’s work”, got lifted by a “Russian?” into a German platform.

Remember me asking a pointy question of the USofA corp.? After all the trillions spent on DoD programmes where’s the F22s, B2s, Sea wolfs, CVN battle groups, AH66s, V22s, F35s etc? I know that whilst Dov Zakheim was counting the dollars and cents trillions went missing, but that’s just a drop in the ocean .

Where did all the money go and where did the tech R&D it bought end up?

As Catherine Austin Fitts has remarked

‘Cause $2.3 trillion is more than total taxes paid in a year by … say tax payers in that year would have paid taxes of about $1.6 trillion. So, there’s no way to know if $2.3 trillion translates into how much cash, or how much cash is missing.

What we do know is that under the laws of the Constitution, which say money cannot be spent unless it is appropriated. It is essentially a violation of the Constitution to do that, with one exception. And this is where the black budget comes up. There are provisions under the National Security Act of 1947 and the CIA Act of 1949 for military and military intelligence to trawl money from outside of different agencies’ budgets, and spend it on non-transparent purposes. That’s sometimes why it’s called the“black budget”” p5

Now we get to the bombers, here’s the beast earlier

Now if like me you waited with baited breath throughout the 1980s for the RAM-K and RAM-J to make an appearance instead of being an artist rendering you will smell the same teasing going on. They know what’s there and how it got there.

If you wanted to steal some tech you’d put it in the deepest black and then half inch it. No one would know. Since these programmes are divorced from mainstream day to day life the whole kit and caboodle can be transplanted to another location easily with no oversight.

The money has been stolen over decades and with trillions unaccounted, black projects not delivering anything, middle men peddling tech to the ChiComms it all looks like pre WW2 when Wall St handed the Soviets all the money they wanted to build the tractor (tank) factories that would roll into Europe and create a NaZoviet paradise.

Oh I forgot there is just one other explanation.

Pehaps Klunk has been wingdingdingingit and built a Jump room to Mars. Or massive cities under the Earth.

Nah!!! The simplest explanation, apply the razor; it has all been stolen by hiding the larceny in a black project box.

That’s why I see no F22s or B2s, the aluminum overcast is a naked composite. Got to let the ChiComms catch up. Got to get the money somehow to raid the Caspian . That’s why we are going to be in Afnamistan for a very long time.

The business case would have been made about 1960, the business plan signed off about 1970 for delivery 2020, who said we don’t think long term.