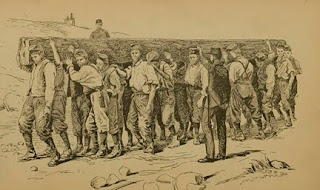 All these so called industrial disputes that have been kicked of by the Management and covert crypto compliant unions in UK plc, that are designed to kill off businesses with significant pensions deficits, are to cover one thing and one thing alone.


There is a fine tradition of stealing pensions in UK plc, Ján Ludvík Hoch is a famous case, but the theft is disguised by the pension industries obfuscation of exactly what happens with your contributions.


Essentially they take your cash and spend it in London’s lap dancing bars, Ferrari show rooms, Henley and dungeons. Then get their network to steal wealth from some poor unarmed slob half a world away to pay your annuity when you do get round to putting your feet up in retirement.


But the pony show has imploded into a great big Pan Galactic Pyramid Selling Scheme Ponzi Hyper barBaric Weapon that will suck the life out of everything and everyone on the planet.


When private sector employers are all bankrupt, and the process has covered the thieves tracks, the chaos should allow central government to get rid of public sector pension liabilities much more easily, they’ve been stolen as well didn’t you know, simply by reneging disguised as “embracing change”.


Then once we are all working for the oligarchy, or starving for the majority, the great big shiny New World Order can be established with great pomp and circus.