The time is coming when the music will stop..... 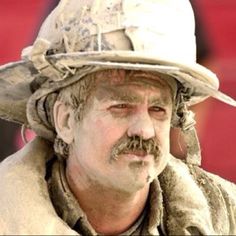 How the Air Traffic Controllers Strike Changed Everything
by DAVID MACARAY

There are two opposing explanations for the PATCO (Professional Air Traffic Controllers Organization, established in 1968) strike of August, 1981—the tragic event that led not only to President Reagan’s firing of 11,345 air traffic controllers, but to the dissolution of the union itself.

Take your pick as to which explanation most represents what actually happened. We can interpret the PATCO debacle as nothing less than a clear manifestation of virulent, deep-seated Republican anti-unionism, or we can view the strike as one of the dumbest and most self-destructive moves ever made by a labor union.
Addressing the anti-unionism angle first, let’s make no mistake about Ronald Reagan’s sentiments. He clearly rejoiced in being able to spank organized labor, and to do it with a grandiose and very splashy public gesture.

Reagan spent years conning people into believing that, as a former labor union president himself (as SAG president, he was little more than an FBI shill whose mission was to ferret out suspected “Commies” in the movie industry), he understood and was sympathetic to the “working man.” That was a con job. He and his cronies were clearly anti-union.

In contrast to Nixon’s Secretary of Labor, the moderate and pragmatic George P. Shultz, Reagan’s Labor Secretary was Ray Donovan, a former vice-president of labor relations at a construction company known for its antipathy toward unions. Basically, Donovan was Reagan’s hatchet man.

After warning the controllers not to pull the plug, Reagan and Donovan didn’t mess around. There are strikes and then there are massacres. This was the latter. The controllers were not only fired for striking, they were banned for life from working for the federal government. The ban wasn’t lifted until President Clinton did it, in 1993.

As odious as Reagan’s actions were, the behavior of PATCO was close to mind-boggling. The PATCO strike of 1981 will undoubtedly go down in history as a monument to overplaying one’s hand. First and foremost, the strike was illegal. Federal employees were, by statute, forbidden to strike.

Moreover, the strikers knew it. They knew it, Reagan knew it, Donovan knew it, and the American public knew it. Yet, these PATCO guys, led by their inexperienced and egomaniacal president, Robert Poli—and despite being cautioned by the AFL-CIO—did it anyway. By violating a federal labor law they became felons.

Second, they woefully underestimated the government’s ability to replace them. Reagan’s Secretary of Transportation, Drew Lewis, already had a contingency plan in place and instantly brought in replacements. While there some bumps in the road, the transition went remarkably (and depressingly) smoothly.

Third, they overestimated the value of political “currency.” PATCO, along with the Air Line Pilots Association and Teamsters, were the three notable labor unions who, in 1980, abandoned President Carter and came out in support of Reagan. If PATCO honestly thought that this apostasy would translate into a “Get of jail free” card, they were nuts.

And fourth, they willfully squandered a “do-over” chance. It’s true. They ignored the opportunity to reconsider their reckless move and return to work without penalty. A union doesn’t often get a chance like that, because once you hit the bricks, you’re generally treated as pariahs. But PATCO was given a second chance.

President Reagan issued an ultimatum: Return to work within 48 hours, or be fired. Incredibly, convinced that they had the government by the gonads, the air traffic controllers remained defiant. They continued the strike.

The damage the PATCO strike did to organized labor is immeasurable. Basically, it ruined everything. By allowing a Republican president to publicly humiliate a big-time union, organized labor exposed itself as not only “vulnerable,” but “toothless.”
This wasn’t simply another example of management winning a strike; this was an example of management—the government in this case—clobbering a union, eviscerating it. With everyone watching, the White House went toe-to-toe with a big bad labor union, and kicked its ass.

This very public ass-kicking inspired businesses everywhere to rethink their tactics. Why tip-toe around? Why treat organized labor with undue respect when unions can obviously be beaten down? The PATCO strike changed everything. And the saddest part is that it didn’t have to happen. The whole sordid episode was self-inflicted.


“It was an important moment in American history, though, because Ronald Reagan was in the first months, really, still, of his presidency. He'd been inaugurated in January, 1981. And he was in the middle of rolling out what we call the Reagan revolution. And Reagan wanted to really turn back the clock, you might say, to an approach to American government and politics that was pre-New Deal. And part of that meant reorganizing the relationship between government and the labor movement.

The PATCO strike happened at this important turning point in American history, and it left a very profound legacy, because, as you say, Ronald Reagan first threatened those strikers to return to work within 48 hours of their walkout, and when they did not, he fired them. Not only did he fire them; he permanently replaced them. And with that action, he sent a powerful message that many employers even in the private sector acted upon after that, and it was a period of getting tough with the union movement that a really marked a profoundly important turning point.” 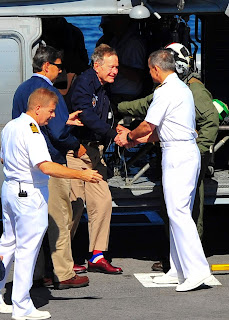