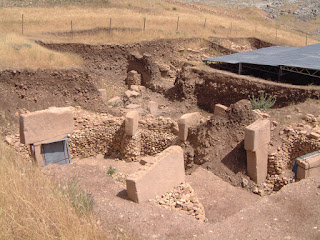 More and more are noticing and the creepzoids in their cloaking innocent malice are exposed.

Kind of like the brave journalist/photohistorian (spies) of legendary yesteryear are now to be shot dead instead of being given press protection now that the estate has served its purpsoe and has been trashed into useless vegetable like driveling senility.


"....Now the thesis is that sometime likely end of 19th century TPTB had found out enough that they realised they needed to obliterate the memory of the great arc of very ancient civilisations running from modern Bosnia to NW India. By hook or by crook.
Our current Af/Pak adventure is continuing the process under disguise but in clear sight, as always.
Why would they want us to forget all about that very ancient history, amnesia it all?
Well the current turmoil caused in the West is part of the same amnesiac process which seeks to get us ready for TPTBs prescribed belief system for the new man.

If any evidence were to be found that could disprove their construct, like pre biblical high civilisations and their knowledge, well that just would not be cricket.
The real danger is that these theatres of war are so far from TPTBs luxury villas that they’ll allow use of WMD again. Racist as always. Why do you think that WMD were verboten in Europe and then they dropped BIG STICKS twice near the 33?...."http://specificgravy.blogspot.co.uk/2009/09/how-long-is-long-war.html

Enjoy a great article today over at Wide Awake Gentile

https://wideawakegentile.wordpress.com/2015/10/01/interpreting-india-plain-scholasticism-or-hidden-agendas/
Posted by INCOMING!!!!!!! at 08:44