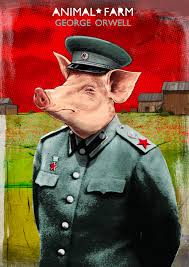 I'm in a funny mood today. Having found what I was looking for through absence of evidence, (don't believe what iCSI and that ilk try and brainwash you with, ever tried to plead before a 3 person STalmudASI court?). So whilst I go and examine what I can about dropping 4000pounders into the mouths of railway tunnels, enjoy.

The questions that need to be asked are, in no particular accelerating way and do take a seat in the CHEKA mind fucker and relax whilst Cheryl and the swing court make you sing for your supper before execution of sentence, if you can make out what she says pet, before your nervous break down. Guys and gals, now then now then, welcome to NOAHide paradise.

1. Did they pay the kosher tax.
2. Which school meals did the pig meat get dropped into after its compliant violation.
3. Which old folks homes got the dripping for corpse fucking after a non resisting lying with?
4. Was our resident No10 war kriminal Simonized when the pig was blowing his tiny mind in a stoned age way.
5. If he wasn't Simonized did he violate Apiru pig burning as a bush stylee would have known it?
6. What kind of VD can porcine necrocockphageree catch from a BSE/Pox/Fly ridden farm animals corpse and can one transmit?
7. How many millenia has this been going on and is that how Ebola and HIV got started?

Anyway all one can say is that whenever one looks at a film of one of UKplc's prime ministers or other representative of her majesty giving it large on the world stage about how beastly all the other leaders are if they don't get with the RCE/LC program for theft and misery, one should bear in mind that this is most likely a pig corpse fucker speaking!

Kind of puts everything into perspective.

"Thinking of a joke after the masses have trampled a subject is a bit like looking for your contact lenses just after the Battle of Agincourt. It seems that everyone’s a topical comedy writer when the PM puts his willy in a pig’s mouth. Where were the general public for house prices remaining stable, the 7/7 bombings, no change in interest rates?  It’s not all pig fucking you know. The story also completely overshadowed the Lib Dem conference, which was, for the 60th year running, less interesting than someone having sex with a dead pig’s head.

David Cameron initially remained tight lipped. And if the pig had done the same they’d probably now be married. Cameron made it clear that he was ‘not intending to dignify this book by commenting on it’. Before adding, ‘But if you like I’ll stick my dick in’. It’s ironic for a book with the title ‘Call me Dave’ that Dave is the last thing people are going to be calling him from now on. Then again, I suppose Asda aren’t going to allow a book on their shelf with the title ‘Call me Pigfucker’, as so many customers would assume it was Piers Morgan’s autobiography.

The interesting thing for me is that because the allegation is that he did it in a roomful of people wearing dinner jackets it’s sort of Ok. If someone had walked in on him doing it alone in his constituency office he’d have had to resign. Boris was a member of this club too, so maybe he’s done the pig thing as well? In his case it’d be worse, because that’d be incest. It’s certainly an upper class thing. No working class person has fantasised about sticking their cock in a dead pig’s mouth since Raul Moat died.
The book suggests that an MP has in their possession a photograph of the act. If they had such a photo they’d have the blackmail potential so powerful they’d never have to work again. They could be parachuted into a constituency, ignore their constituents and simply use the Commons as a luncheon club.  Which narrows down the suspect to just a couple of hundred Tories.

It’s not like this would even be in the top ten worst things Cameron has done; it’s sort of like hearing that Ted Bundy once wanked off a hamster. Indeed, it says a great deal about our PM that my first question when I heard the allegation that he’d penetrated a dead pig was “Was it alive when he started?”. You have to wonder what was going through his mind. There must be a point in the middle of such an act when you think “I’m not in Gryffindor, am I?” Possibly it was this incident gave him the determination to become PM, so that the stench of death could coat his very soul and not just his balls.

The BBC delivered a brittle silence on a subject everybody else was talking about. The BBC is now so frightened it can’t even TELL US WHAT HAPPENED anymore. Hey BBC, relax, it’s OK to say what happened – you’re the news. Also, you’re actually supposed to distract us with stuff like this. If we don’t get to hear that our armed forces are involved in operations in Syria against the express will of parliament, then we at least deserve a News 24 roundtable where David Starkey discusses what kind of animals Henry VIII liked to knob with a weeping Chris Packham.

One broadsheet suggested the allegations could harm UK productivity as office workers were distracted from their jobs. Yes, but on the plus side for a brief 24 hours Britain became a world beating meme creating powerhouse. If Cameron really cared about Britain he’d mount the face of a different animal every week to give the creative people of this country the raw material we need to compete with China.

Cameron has now denied that he was involved in such an incident but it got me wondering: what is the real purpose of these kinds of bizarre rituals of the elite? I don’t really think that it’s so they all have dirt on each other, or even that the rituals themselves are particularly enjoyed. My guess is that our elite simply likes to check that it’s members have a broadminded approach to personal morality. Unlike the Mafia, our Establishment doesn’t have to worry about infiltration; both the police and media are supine. So these rituals evolve to filter out the only remaining threat to corruption: people who insist on playing by the rules. I suppose they reason that people who put their private parts into dead animals are just ethically a bit more gung-ho, a bit less by the book. The last thing that you want in the upper echelons of society is some bore who’s going to insist that, say, someone being offered a senior cabinet post ought to pay tax.

You have to wonder what the future holds for Lord Ashcroft. His bundling of the distracting but ultimately harmless pig allegations with the more politically serious allegation that Cameron lied about his non dom tax status was certainly a tactical error. Dave doesn’t do tactical errors. Or compassion. Dave has access to the gleaming levers of power of the steampunk entity that is the Former British Empire. Dave killed two British citizens with a missile and, if Ashcroft is to be believed, sticks his cock in pig’s heads. Best of luck Lord Ashcroft, best of luck."http://www.filmsforaction.org/articles/frankie-boyle-on-piggate-not-even-in-the-top-ten-worst-things-cameron-has-done/
Posted by INCOMING!!!!!!! at 09:13