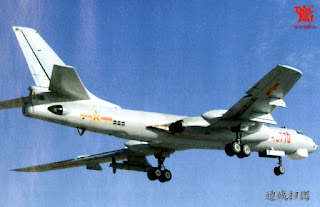 "Beijing's decision to allow Myanmar opposition leader and Nobel peace laureate Aung San Suu Kyi to visit China this week is a strategic decision that also sends a strong message to the Myanmar government, according to a commentary posted by a public WeChat account affiliated with the Communist Party mouthpiece People's Daily.

The June 5 article, posted by "Xia Ke Dao" says there are "two unusuals" about Aung San Suu Kyi's planned June 10 visit, given that the leader of the National League for Democracy is an unusual politician visiting at an unusual time.

Aung San Suu Kyi, who was placed under house arrest by the government for much of her political career until 2010 for being an alleged threat to peace and stability, is generally regarded as anti-China due to her pro-democracy stance and previous opposition of a hydropower project at the China-Myanmar border. A 2012 biographical movie about her life starring the Malaysian Chinese film star Michelle Yeoh was banned in China.

According to the commentary, accepting Aung San Suu Kyi's visit at this time is Beijing's attempt to shed the sensitivity from her image as a "symbol of democracy." With her popularity soaring in recent years, the NLD is well-positioned to perform strongly at the Myanmar elections at the end of the year, even though the country's constitution prohibits her from becoming president due to an arbitrary rule against politicians with children who are foreign nationals. Both of Aung San Suu Kyi's two sons, by her late husband Michael Aris, have British nationality.

Allowing the visit is therefore the "correct decision" because it improves China's international image, the commentary said, adding that it is a strategic move made with the future of Sino-Myanmar relations in mind.

At the same time, Aung San Suu Kyi's visit sends a strong message to the Myanmar government about Beijing's displeasure over several border incidents in which stray shells from the ongoing battle between government forces and ethnic rebels have fallen on the Chinese side of the border, killing several people and injuring many others. The People's Liberation Army reportedly commenced live-fire drills at the border at the beginning of this month, a move perceived as a stern warning to Naypyidaw.
As with most political commentaries to receive widespread attention in China, the article was deleted less than a day after it was posted."
http://www.wantchinatimes.com/news-subclass-cnt.aspx?cid=1101&MainCatID=11&id=20150607000109