John” Schellnhuber, Merkel’s Holdren: Now a Member of the Pontifical Academy of Sciences 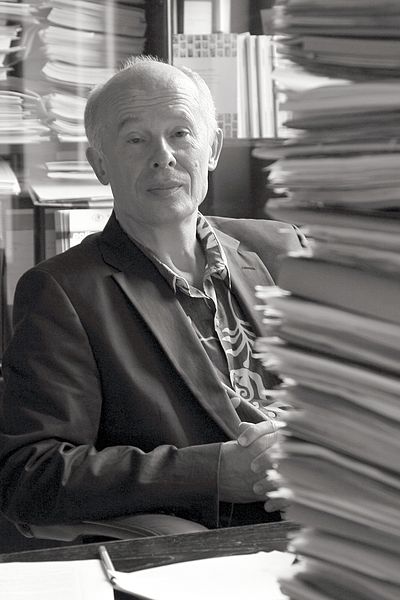 Hans Joachim “John” Schellnhuber
Hans Joachim “John” Schellnhuber, radical environmentalist and global warming advisor to Chancellor Merkel of Germany. He was the star of the Vatican press conference presenting the new encyclical in support of the global warming theory. Schellnhuber has just been named as a member of the Papal Academy of Sciences in the Vatican, despite the fact that he is an atheist. Some observers class Schellnhuber as a scientific pantheist. He embraces the Gaia theory of James Lovelock, according to which the earth is a living thing, locked in an existential struggle with the destructive forces of Shiva. Schellnhuber also subscribes to the carrying capacity theory developed by the Venetian crank Giammaria Ortes in the late 18th century. According to Schellnhuber, earth’s carrying capacity is limited to 1 billion persons, far below the current level of 7.32 billion. “In a very cynical way, it’s a triumph for science because at last we have stabilized something –- namely the estimates for the carrying capacity of the planet, namely below 1 billion people,” said Schellnhuber at a December 2009 global warming meeting in Copenhagen, Denmark. (“Scientist: Warming Could Cut Population to 1 Billion,” New York Times, March 13, 2009, at http://dotearth.blogs.nytimes.com/2009/03/13/scientist-warming-could-cut-population-to-1-billion/?_r=0) At this meeting, Schellnhuber appeared to amend reports of his statement to say that global warming could soon reduce earth’s alleged carrying capacity to 1 billion. Schellnhuber heads the Wissenschaftlicher Beirat der Bundesregierung Globale Umweltveränderungen (WBGU or Scientific Advisory Council of the German Federal Government for Global Environmental Changes), an aggressive neo-Malthusian propaganda organ, in addition to his post as founding Director of the Potsdam Institute for Climate Impact Research (PIK).
Schellnhuber wants an Earth Constitution (replacing national constitutions and the UN Charter), a Global Council (no doubt of éminences vertes), and a Planetary Court. He has warned that “earth likely will be populated by at least 9 billion people by 2050…You have to imagine that these people will reach an average level of consumption that Portugal has, one of the poorer countries in Europe …When you imagine that if all these 9 billion people claim all these resources, then the earth will explode.” This is just the opposite of third world development. Schellnhuber’s global warming extremism thus appears analogous to the role of John Holdren, Obama’s White House science advisor. (Foto Hollin)
Schellnhuber’s emphatic statements amount to rhetoric, not science. The global warming hypothesis is in grave crisis and could soon collapse, as we can see in a 2013 Der Spiegel interview with top German meteorologist Hans von Storch, who remains lucid despite his status as a global warming supporter:
Storch: “So far, no one has been able to provide a compelling answer to why climate change seems to be taking a break. We’re facing a puzzle. Recent CO2 emissions have actually risen even more steeply than we feared. As a result, according to most climate models, we should have seen temperatures rise by around 0.25 degrees Celsius (0.45 degrees Fahrenheit) over the past 10 years. That hasn’t happened. In fact, the increase over the last 15 years was just 0.06 degrees Celsius (0.11 degrees Fahrenheit) — a value very close to zero. This is a serious scientific problem that the Intergovernmental Panel on Climate Change (IPCC) will have to confront….If things continue as they have been, in five years, at the latest, [i.e. 2018] we will need to acknowledge that something is fundamentally wrong with our climate models. A 20-year pause in global warming does not occur in a single modeled scenario. But even today, we are finding it very difficult to reconcile actual temperature trends with our expectations….The other possibility is that, in our simulations, we have underestimated how much the climate fluctuates owing to natural causes.” (“Climate Expert Hans von Storch: Why Is Global Warming Stagnating?,” Spiegel Online International, June 20, 2013, at http://www.spiegel.de/international/world/interview-hans-von-storch-on-problems-with-climate-change-models-a-906721.html) Obviously, natural causes cannot be anthropogenic, but could easily turn out to be a matter of solar activity.
The five year deadline after which the anthropogenic global warming theory may collapse could account for the great haste with which Merkel and other politicians have embraced the “decarbonization” of the world at the recent G-7 conference, now followed by the encyclical. All the more reason to avoid a flight forward at the Paris conference at the end of this year.