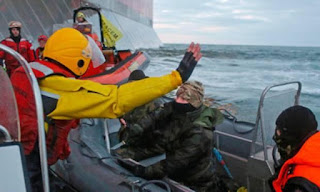 This guy in the replies has the shyte peddling, work shy, mind melted, foundation whore, welfare scrounging, bitchboy summed up nicely. Same modus to cover their theft of lives and treasure as a century ago. Commie iGreen phukkedwitz inbred talmudic creepzoids.

"I see the communists are alive and well and writing junk like this
article. I did not cause the Muslims in say Iraq to kill each other
rather than build their country. I did not cut off the hand of an
albino in Kenya rather than build the country. I did not kill people of
the other tribe like they did in China. I did not steal billions as
head of every African, Asian country in the world . I did not do the
same thing in Mexico, central America or South America, all those people
did that to themselves. The west was busy most of the time building
our countries to first world countries rather than tearing things down
based on religion, class and tribe. that is what the most of the world
has been doing every since people came down from the trees. In the
imperial period we exported the ideas of how to advance to all those
countries which had not done so in thousands of years. We owe nothing
to those people. They owe everything they have which is a lot more than
they produce including in a lot of places their food to the west and
industrialization and liberty, freedom, justice, all concepts invented
and worked out in the west. Those countries which are starting out on
the way to be first world or are partway there in that mess are adopting
more and more western ideas including China, South Africa, Vietnam,
Brasil to name a few. if you want to advance you need to grab yourself
by the coattails and work upward. If you want to be a basket case
welfare recipient blame all your problems on whitey and nothing will
ever change which is why the communist like the writer of this article
harp on blame whitey, that way they gain power which is their goal."
Posted by INCOMING!!!!!!! at 10:56