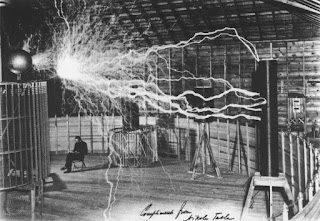 I cannot find the book, never mind the exact chapter, but I will paraphrase and allow a certain dither on the time frame. The book was an overview of European history from around late 16th century until around early 19th century. I remember a phrase somewhat as follows. “The assassination of princes ceased as of this time and did not resume for another one and a half centuries, until the early/middle of the 19th.”

Substitute the word countries for princes is to find oneself in the 19th and 20th centuries and then substitute civilisation for countries and we find ourselves in the period when assassination of civilisations was practiced. Today.

Now you don’t have to be food stealing benefits scrounging work shy word mangler and empty sconed fukkedwitz like unlearned Spectre, I’d change my foundation name if I were you dronebot, it sounds like you are child sex trafficking organ thieves, to work out that what comes after civilisations is the word mankind. Or to you in the fukkwitz collective, inhabited 6C12.0107 based life form.

So even though Microfart might have shut up their anti-fukkwitz burpbot and issued an apology for nothing, how else do you describe that exercise as anything other than the destruction of Freidman economonomanics, yes you can get a free lunch. In fact free banquets all round all day every day for the fukkedwitz is the whole point of retardomaniacal thought viruses containers known as godgit’s only chosen fukkwitz.

Anyway before we get any further I want to pick up a little on what Levenda says at the end of the interview.

Though we know that the solutions to many real world problems have negative time symmetry it is convention that we ignore the –ve for day to day reality. It may be theoretically possible to bake my loaf backwards but I will ignore that since my real world butter waits the spreading of real time.

Similarity might wonder about the nature of consciousness, local or not? Many mentalists have smashed an innocent’s skull open and gone digging around the living/dead container looking for the mind. Usually done under government contract, fronted by anonymous foundation genocide scams, in Canada candidly enough.

Start around the 30min mark as usual.

Tomorrow we go really mental. Now I know that if you read yesterday’s decanting of mindmong here, that you will not want any more mentalemetics flushing out your sanity but just hang on. What flows may allow you to drag some of the more “helpful though Noahide compliant” financial commentators in a clearer reference frame.
Posted by INCOMING!!!!!!! at 22:24