Seemorerocks: Pentagon "furious" at Russian fighter buzzing USS ...: The last time this happened to the USS Donald Cook in the Black Sea much of the crew reportedly resigned their posts or consulted a shr...

Let us do some history. 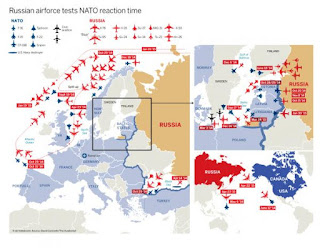 That map's context of NATO v's USSR today has changed since 1930. Criminal bankers now give infinite funny money to NATO to manufacture arms and nothing to USSR. The reverse was true in 1930. BTW Koenigsburg has been German far longer that there has been a UKplc. Concrete filled RAF fighters now patrol where RN warships skulked in 1919 keeping an eye on, the soon to be removed by commie banker financed red murderers, native Lats, Lithuanians, Estonians and Germans.

Even more notable is that USofA corp now continues the anti open ocean access strategy of UK plc aimed at bottling up Russia which used to be occasioned by ops such as Copenhagen, Crimean War and Dardanelles campaign. Looked at askance one may discern a little of the fake economics crap espoused by the free trader ivory tower pheasant eating theorists when one realises that they are shit scared of any one else being better at "free" trade than them. That is why Germany got burned. Free traders are basically Babylonian pirates, murderers and lazy bastards at heart. True free traders strike fear into the hearts of money publishers.

Talking of being afraid I do love the photo of the ancient Su24 skimming by an old AAW detroyer. What do you reckon the level of terror was that a goat herder felt as the last thing he saw was an SLCM or VLCM heading his way. Do you reckon he or she had time for a selfie? Did he or she have enough life left to warn the rest of their family?

How many pounds of silver(UK plc puts VAT on silver, to fuck its peasants but not gold, to curry its masters) have we strewn over the world delivered from SSNs, CLGs, DDGs, FFGs and assorted air assets flying off CVs, LHDs and CVNs. How much precious metal have B52s, F/A18s, Tornados and Mirages gifted to the defenceless at high Mach numbers?

Does Osborne consider it a tax write off and GDP deflator when RDX powered self forming silver penetrators desecrate human beings? Or will he get his inflation growth and GDP expansion numbers just so by including sex traders in the Leeds protected shagging haven?

I do like a good mental image and that one makes me chuckle. Can some one send me a piccie of the first smart meter equipped whore?

Another image that I hold dear is the one of Satan chastising his failed minions. Cameron and Osborne are on the blackwatchlist. 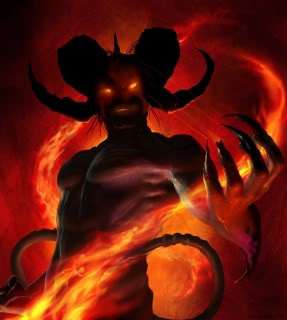