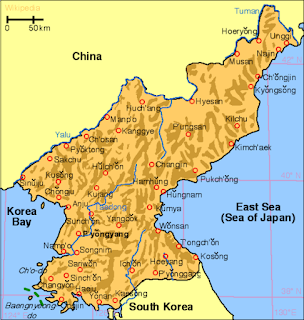 As noted previously we have Show Biz Physicists taking the piss out of us with their Hollyweird hair styles and ComiCon outlook, ridiculing us like a Marx brothers' concoction of radioactive muck soup. Scripted walk on parts and lime light starring roles in a play on words and actions designed to keep us all ignorant of what they were really all about. Doing nothing. Here is the reception team awaiting to fence stolen goods.

Remember these clowns never “do” anything; never create anything, other than confusion to disguise the crime scene stealer.

We also have other things to consider in our wanderings out here in the wreckage of the murders orchestrated by Professor Stranger Hate comedic scientists and their goremoney Rothbosses.

One of our equalities is

There are several reasons for this relationship and the singular shorthand is a promise to those in the know that to seek is to be funded.

If you’ve been reading here you will have come to the conclusion that your correspondent when out and about striding the borough, as he examines empty promises at a bus stop timetable, always makes contingencies should it prove to be a fiction? Correct I do. For a ticket to ride is no indicator that one will be transported to where one wishes to be in this fake political economy. Economics and trade in UKplc is simple. The business owner wishes to have your money for doing nothing. That is British business in a nut shell. Always take. Write laws to take money for nothing.

So with that in mind one can state quite without contradiction that one will learn nothing here. Ever. One will never learn anything from a British business person for they are always thieving as a default posture. To learn that they are larcenous suites would mean destruction of their thread bare arsed poverty in gluttony.

So to actually learn one must divorce oneself from the hidden view and simply relate the things that are never to be seen.

So when we see nothing spouted in the altMSM other than NAZI ratruns conducted with/out Vatican extraction. When one sees Top Gear taking a run at Patagonia with a support crew of SAS Regimental strength. When one sees that all of a sudden we are to be informed that the bodies quadruple of various Nasties might have escaped to safety in Killiecrankie or Bootle disguised as Martian Untersee rabbis then we are more than justified in continuing with the forensic story telling. Forensically it makes more sense for Zionist ratruns to be conducting jewish scientists/engineers out of Europe into the Rothschild Firebase in Tel Aviv. Contracted jewish scientists in the successful A Bomb projects in the Reich. Salaried personnel that were scared shitless of being picked up, as originally planned, by Stalin’s, Allied enhanced and financed, murder army. Why do you think Bob Maxwell is buried in the RCE/TA pirate base? Why do you think eeeeviloid anti semite Patton got taken out?

Where do you think Hans Kammler likely ended up? Czech researchers have him dying peacefully in 1970 or so near Prague. FFS! If you believe anything Cook et al altMSM have to tell you then phukk off!

Back to the beginning then.

This little outing in the image intensifiers starts decades ago when the scum at the GGT took some time off of secret buggering child corpses as part of a societal engineering magik ritual and actually told us something on the MSM that stayed in my memory ever since. http://www.bbc.co.uk/news/magazine-31156620

I remember that Minamata story being dropped on us way back in the 1970s when the BBC (Goebbels’s Gobshite Towers) noticed the Japanese government getting round to taking notice.

Next month it will be 70 years since all the unconditional surrender fakir documents were signed on the deck of the Mighty Mo in Tokyo Bay. The same Tokyo Bay that the IJ cyclotrons got dumped in shortly afterwards. On Sep 2nd everyone will get all star spangled and false memory syndrome will kick in. All the gunfire and sniper had stopped after 6 long UK years of dodging high velocity randomness. Phew!

In the very late autumn/early winter of 1945, after the signing in Tokyo Bay, Japanese forces were still fighting in corps strength in the industrial complexes along the Eastern seaboard of Korea.

Let’s go over to his nibs for some back story.

“"Work with Kim Il Sung was comprehensive," Mekler said. "He was tied to me from sunup to sundown."

Mekler noted that people revered Kim, knowing by word of mouth about his guerrilla attacks on Japanese troops. But few Koreans actually saw him. "They heard about guerrillas and a real hero among them," Mekler said.

Kim's real name was Kim Sung Chu, but in the 1930s he adopted the name Kim Il Sung after a famous Korean guerrilla leader of the early 20th century, according to historian Andrei Lankov.

Some South Korean historians pushed the theory that the second Kim Il Sung died around 1940, and the Soviets gave his adopted name to an unknown who would become their man in Pyongyang. Lankov, however, said this theory was false and Kim was the real thing.” http://whatdoyoubelieve.blog.fc2.com/blog-entry-2115.html

Ah there we are again. More body quintuples to muddy the waters. One thing we can say is that whatever the fat thieving lazy big mouthed retarded commie phukk’s real name was he was parked in Pyongyang in the west.

Kim Chaek (whatever his name was!) got Hamhung on the eastern seaboard. (Getting it yet?)

That is the same Hamhung complex where the then Capt “Jane” Thurness(That is a real person who did real things unlike these jewish metaphysical atomic ghost stories from made up commie land) of 1st MASH, X Corps http://rangingshots.blogspot.co.uk/2013/11/onwokthephutnogunri.html
got lifted out of with the rest of her nursing colleagues of the lucky 13 who treated the wounds of the Chosin survivors as Chesty moved everyone out. Mission accomplished. You’d have to ask the RM contingent (SBS?).

Now then now then boys and girls can you guess who this week’s guest is in the old record club? Who is going to creep out of the mortuary woodwork?

That is correct; we give you Jun Carnegie or whatever his hidden name was. The one thing you can guarantee here is that the names are never the names. Everyone is an alias. The geezer that built the Chosin/Hamhung/NE Korean seaboard weapons labs and R&D complex from the 1920s onwards was the Jap/Korean Yak originator of the Mercury poisoning scandal company in the 1950s.

Talking of Yaks one had also to keep in mind that Hog Wild might have been involved, as other were likely to be, in dropping aid and comfort to IJ forces still fighting Stalin’s murder army and friends in NE Korea in the autumn of 1945. Hence the Soviet shoot down orders. OSS were an off world bunch with no national loyalties ever.

Remember Gold=Mercury=Uranium whenever one is researching this tale.