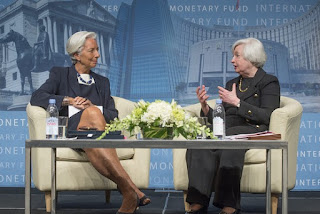 I have to admit that from here in the STASIUKgulag, being denied information can actually focus the attention in the direction being brought into nudgevision pixellation by the instruments of dullardy.

What we saw there was a data point planned for reality many decades ago. Once the USofAcorp is gone, the phukkwordy annoying ideas of discredited freedom and unworthy plenty will be at last cast into the amnaesiahurtlocker in Rothschild’s massive croquet lawn. will be realigned with the desired path of rationing it was forced to abandon when Bill Haley & Elvis turned up to rock the royal barge.

I remember when a meeting between POTUS and actually meant something and that is why the UKBBC would get all pious on us. In those days hadn't yet torpedoed USofAcorp sufficiently and NewYork had only laid its as yet unrealised plans to pull the pin on their pet project to destroy Eastern Europe in the shape of the .

SNAFU!: UK's Military is half the size it was in '82!: pic via Paul Lewis Twitter page. Looking at the above graph can it credibly be said that the UK is a first tier military? Looking at ...


Why do you think that UKplc has disarmed recently? knows that the weapons release will be far, far away from home. All that needs in UKplc is martial law administered famine. The fallow fields are coming again.

Once the totality of US forces is a MAGequivalent or two in then expect serfdom replay. In fact do not ever believe that SciFi reality is going to be anything other than Ben Hur in space.

I would keep an eye on the jewish independent oblast on the for developments real soon.

Once the currency reset hits and la Vilegardocilebitch hooks up her crooked presses in  to blurt out the ersatzbatter it will be time for the long running modelling to find terminal solutions in their social historical equations.