Vampire light. Or. On IR. 31.FackWuffle 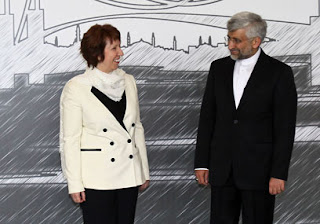 So here we are once again staring at the book for bed time, the faerie fable, the tyrannical magick of alchemical lettering and trannysubstantial meaning.

Do they think we are stupid now?

Well of course not, we have a period of knowledge rollback to endure, that is why the peaceful shut down, dry run in UK 1939-1951, is going to happen again so that no one may ever point at Roth/Rock and laugh out loud at them in their presumptioussumptiouspiousbloodsoakedeviloidphukkwittery and call them a “Baanch aahv Kaants” outside their publicly paid for child molesting traps at Waddesdon Open Gates, never shut, by appointment only to Ba’al Hammon worshippers in majestic kilts. But until that moment arrives, and it will, we can state some obvious truths.

A truth such as all burning bras ever did was to ensure that useless consumer bitchboy drones joined the ineffectual effeminate boybitch eunuchs in service to evil. Anyway here we are back in 1944 again watching the Nazi and Zionist strategic evacuation plans enacted through the ratruns of Europe and out into the wider world.

I love the EastEnders barraboy on this one http://tarpley.net/six-great-powers-reach-landmark-nuclear-accord-with-iran/. NLP Turing Fail as always.

Then we have GBcBBC dishing up a plate full of nutroast http://www.bbc.co.uk/news/world-middle-east-33517896 .
Anyway let us go back to that list in the Tarptape @ c1:25.

Now in order to make sense of this nonsense, getting a Munich/Molotov-Ribbentrop feeling yet?, let us go back to what we know about atomic weapons.


1.      Rothschild bought all rights to the weapons. Do you understand what the money as debt model actually means in the world of IP?
2.      Only one nation was technically capable of realising the technology, Germany.
3.      SS and Rothschild’s Zionists developed the bombs in a pact made in hell in their joint, note that “specialem gratitudinem”, corporate http://www.businessinsider.com/afp-verdict-due-in-german-trial-of-bookkeeper-of-auschwitz-2015-7?IR=T work camp R&D labs.
4.      Civil use of the technology must be destroyed otherwise people might be free of the Rothschild psychopath parasite.
5.      Rothschild’s Corporate Entity/Tel Aviv, the Roth pirate base, Tortuga sur Med, David’s Death Star, was to be the ONLY home for nuclear weapons once developed. EVER.

So we notice that in a world being driven to a stateless universal corporate unified slave camp run for the pleasure of the Rothbosses we have no mention of anyone who is really in charge being involved in these wordy words of the IRAN P5+1 JOINT COMPREHENSIVE PLAN OF ACTION.

To a Rothboss “World powers” do not exist. For a Rothboss the UN is a stud farm and fuckfestung for the pleasuring of juxtaposed waste organs. Rothbosses own all the “advanced centrifuge” concepts ever since they made sure all the Sumitomo jobs got dumped/transferred in 1945. Heavy Water is something a Rothboss puts in its finest scotch. All arms embargoes are for taking the piss out of the general public, a Rothboss trafficks arms whenever and to wherever it wants, anytime, anywhere. Try and stop it and you will be deaded JFKstylee. Sanctions do not affect the splendid access a Rothboss has to all the worlds’ products, slaves and off cuts. When did you ever hear of sanctions stopping anything other than your use of Cuban cigars? BWAHAHAHAHAAAA. 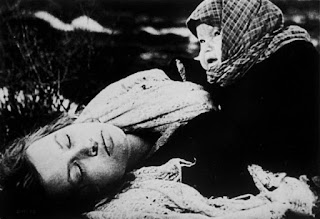 So to sum all this staged fuckwittery up we have “talks” going on for ever and ever all paid for by us, not the Rothbosses, to keep a load of PC spouting bitchboys and boybitches in the finest sex linen, fine wines, epicurean foods and cultic sacrifices whilst the world starves and all the while the next round of disaster and rationing is being prepared by the Rock/Roth. This is a ritual of “always taking” and “never giving”. Always take. Just think of all the resources wasted on this circus of clowns. In return they give nothing.

Now if I can spot all this bollox then it means that ALL our leaders have done similar since time immemorial and they all went along for the ride because they know that they are being Lamarckian selected and we are being Darwinian selected.

Anyway one of the places we can be sure that Sumitomo centrifuges ended up was ChiCommland, the Rothbosses most favoured nation, a land with a soon to be lauded manifest corporate destiny. 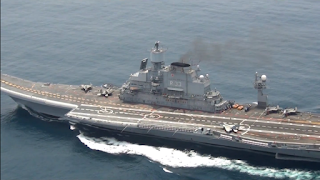 China Defense Blog: Thailand to buy 3 submarines from China: If this deal is realized, it will be the second Chinese submarine export success this year after the earlier Pakistan order. http://www.t...