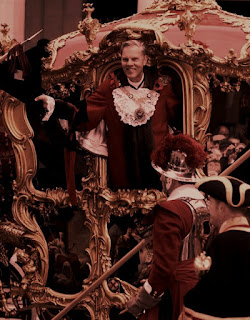 Every so often it is good to stand back and take stock.

6 years of pushing the albedopixelluxbollocks here might make one reconsider one’s originally premise as in error and the motives invalid.

“Rudolph Vrba’s given name at birth was Rudolph Rosenberg. He was the cousin of British intelligence agent Vera Atkins (nee Rosenberg). At the Zundel trial in Toronto Verba/Rosenberg’s testimony was deconstructed and shown to be a tissue of lies by Ernst Zundel’s defense lawyer the late Douglas Christie. He reduced Vrba and Holocaust historian Raul Hillberg, the prosecution’s two star “lie witnesses,” to comic book to Der Sturmer type caricatures prevaricaring horn billed Hebrews. The story of Vrba’s humiliation in the witness box can be found in two books about the Zundel trials, The Holocust On Trial by Robert Lenski and The Great Holocaust Trial: The Landmark Battle for the Right to Doubt the West’s Most Sacred Relic by Michael Hoffman. I have David Garnett’s The Secret History of the PWE (The Political Wafare Executive 1939-1945) in front of me and I can find no entry for “Holocaust” in the index of this door jam sized miracle of obfuscation. Vera Atkins’ name isn’t in there either. I suspect the Nazi gassings story was put into circulation as “black propaganda” by the PWE and never decomisssioned because it soon became obvious to the machers orchestrating things behind the scenes at the Nuremburg IMT (Mickey Marcus, Murray C. Bernays and Herbert Marcuse) that fables like Vrba’s were going to be The Goose That Laid the Golden Egg for Zionists and all manner of reparations racketeers.” https://furtherglory.wordpress.com/2015/06/08/recent-escape-from-an-american-prison-brings-back-memories-of-an-escape-from-auschitz/

I didn’t really care much about this stuff and really still do not. It is legend. The geezers in the Big Room can engineer a reformation/counter reformation over the span of centuries so a small subproject like splitting the German zygote is small beer mien fecund. All sorts of wordy words will be spelt in the fall out. Own the presses that spewed out Marksist/Capital Market theory or Catholic/Protestant tracts? If you do then you can keep the arguments going as long as you like and let the fools draw their own conclusions from your owned ersatz proprietary limited hang outs. Kind of like they are getting ready to do today when they really kick off the androgyny/humanity false titties to suck on. Milk for all as long as you argue and kill for the right to breast feed.

If we simply ignore the chaff constantly being put out by this system, i.e. by us, and instead concentrate on the guys who were not within this system, i.e. the dead and destroyed like Etruscans and kulaks, then we might glean some working hypotheses from the wreckage to make useful when studying the gleaming dither rolling out the kleptoreligious manufacturing plants.

One working hypothesis that would appear to hold true is that the Apiru are the eternal comms network who must place their DNA at all points. I cite as a case in point the Sephardic sugar processors operational in the Americas in the very early 16th century. That would be the equivalent of a deuterium plant operational ohm tube Moon today. Where did the capital and foreknowledge come from?

A Second working hypothesis is that all recon acted lost must be brought from savagery, by savagery, to mediocrity in order to be useful. Europe yesterday, Africa today, Amazon and Papua tomorrow. DNA recon/recovery and then war as market clearing mechanism for disguise of the true mission.

So decades after the little space in my mind was set aside for the what if/WTF/U-What! catechegories of not necessarily needing looked at immediately, indeed might not even care to examine at all, but someday something might trigger the answer attempted, I can offer many opinions on what might be real in this Empire of the Eternal Crime Scene.

One of the most obvious settlements that can be made is that UKplc is the most advanced society on planet earth at this moment with very little sign of that changing. Evidence for that will be of the non obvious and non trivial. So we are not looking at the actuality of a LEO launch capability in the Thames estuary nor a plasma torus research lab nor even a load of time servers like the facility in Singapore.

No; someone decided that it was time to re-establish the Globe at its old site.

That means UKplc is now a very safe haven for the world’s creepzoids to come and slake their thirsts. Only a node of tranquillity would be chosen for such a singular signal to those in the know. No existential threat can possibly be gamed for this realm for the next 1000 years or so by the geezers throwing the knuckles. A splendid pastoral vice and secluded degeneracy can be embraced at last.

That means that UKplc has been taken out of time, the developmental time of Darwin, and halted. STASIS UK; the ideal ever welcoming 24/7 venue for the STASI to operate with ZOMOiGREEN priests of diversity ready to dilute and delude. An open planned confessional for the liars to lie with whatever victim they like with impunity in camera.

One can see Jimmy Savile getting raised to godlike status in a few generations time because by then no one will know anything, nor care about what really happened. That is the mark of our beast right there in yer baby faced scabby cBBC. If you consort with radium girls expect to be irradiated. If you hang out with degenerate scum then you are toxic. Let them squawk rubbish and write drivel all day then expect to inhabit an all encompassing Turing failed state.

No wonder only a stylite’s view can be trusted these days.