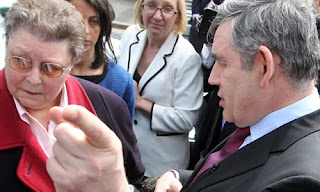 Here we are at the 30th grade, six years out, three blogs standing, living in a criminal sneak regime of phukkwittery where everything is just as it must have been for ordinary Russians during the golden Moshe age of pretraumatic-Talmudic priapicworshipping postapocalypticApiruism in spastickbipolarCOMINTERNmurdergrad c1930, only more so.

This system is not here to assault you out of life, it is here to dissolve you from life.

Ditto the Jews, training to be citizens of RCE/TA, in the CHEKA/OGPU/SMERSH and COMINTERN.

Always with the machine gunning of the defenceless!!!

So with all that being ignored by the hive retard mind, and I don’t think anyone could present evidence to the contrary, not even the paedoaerobicBBC could cockwaffle around that gobstopper especially after last nights load of necroshagging nonce nonsense fronted up by the geheimegegenpandasqueezer historyfakerhisself, on Vietnam by BBC4.

The BBC must be staffed and stuffed with the same families who kept meeting at synods around the Med in the last centuries of Rome and the first centuries of Byzantium making things up to keep them in comfy child shagging jobs listening to castrati from the Somme. In fact the same clowns who defected over the wall to Islam are back under the MSM table talking bollox 1400 years later.

With that in mind let us take a look at the great NATO societies where freedom shines like a beacon to the entire world. BTW I am fully aware that all this was planned for the express purpose of making democracy and the ordinary western inhabited carbon based life form look shit.

So the richest peoples, the most highly educated, most politically aware and active, the most organised for good and justice, the greatest generation and their offspring have over seen what his passed 70 years?

Sounds very Soviet era and Nazi regime to me.

Mind you the bankers only let the Soviets and NAZIs go at it for 30 years or so. NATO members and assorted co-war criminals have been bank rolled now for 80 years!

FEMA,KGB,NSA,STASI,MI6,GESTAPO,GCHQ,SS,SERCO,CIA etc. All the same killer creeps doing nothing for counterfeit religions.

Whilst traipsing around the Universal Studios at Auschwizzlville the civcreeps infesting NATOland have allowed and killed millions and millions and millions of people world wide whilst mindlessly dialling out for a pizza. If this linkage is good enough for the goose it is good enough for the gander oh NATOcivperps. Whilst goose-stepping at all the rallies for killing noncompliant bra burning pandas and sitting on their arses listening to talentless noise makers protesting Peter Pan’s nonentity, no, really, the wondergenerations have become phukkmindless one directional genocide pukkedwitz of wankwittery. Toxic fanny batter, caustic spunk and acidic seed everywhere. Truly alien. An affront to nature.

This is not so much the calm before the storm. It is the engineered stasis, the treading water, the flushing out of the inconvenient morons that lived between San Francisco and Cape Cod through lethargic degenerate symposia. 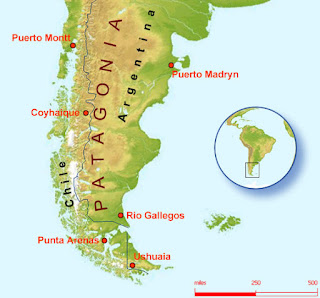 This is all going to go away. If the reading of past events teaches us anything it is that all these moments of pleasure leisure disappear once the system has digested their waste and stolen their gold. Closed system feed back loops are a bitch. No wonder the aYahweists are legging it to hide in a new pirate base in Patagonia, both Argentine and Chilean please note.

One Patagonia for the chosenites to steal by rigged market methods or gunfire and sniper, whatyeveryapiruhwehlikes.