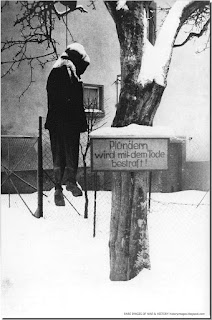 Although I will write something here to the contrary soon, your correspondent still thinks the whole shit heap is controlled, plotted and planned. That is simply because the geezers who have nothing to do all day but think about how to puck us up, have all the wealth (not money note but wealth), have the endless unspoken ideology and the opportunity to shoot us at gaol.

Not satisfied with the juxtaposing of injustice as life style choices they loaf and laugh and have nothing else, absolutely nothing else to fill their days with, after making sure their breeding mares drop the next generation of inbred mutant nonspecific autovacuointelligence, than missionary ignorance as wisdom….

“……The gist of the Commission's findings also known as the Brandt Report is that the world in the 1980s faces a crisis of such global dimensions that the very survival of the human race is in serious question. The Commission, however, did note that such developments were not necessarily inevitable and suggested that the nations of the world could and should band together in the Itcommon task of ensuring survival, to make the world more peaceful and less uncertain.Il* To achieve such an end, the Brandt Report offered a rather elaborate emergency program, which would fundamentally alter the existing relationship between North and South and bring about the creation of a Ifnew international economic order The Commission ended its report by calling for a summit of world le a ders from industrialized and developing countries to concentrate and act on this emergency pr~gram For more than a decade before publication of the Brandt Commission's report, leaders of the Third World had been trying to engage leaders of the industriali z ed nations in negotiations toward the establishment of this Ifnew international economic order This vague phrase refers not only to redressing the economic imbalance between developed and developing nations, but also to its elimination by a vast scheme of redistribution of the world's wealth. In short, the NIEO, as the "new international economic order" is known, seeks to take the produced wealth of developed states and parcel it out to the undeveloped…..” http://www.heritage.org/research/reports/1982/04/the-brandt-commission-deluding-the-third-world

Jiang Qing and Gang of Four


Now in case you forgot who The Gang of Four was, here they are again.


So while the gamete looping khaants were misallocating unediting capital in 1980 for the fabricating of unending loud noises, the Rock/Roth got on with the plan we are staring at today. Here is a good wander round the block of rock with Mark Devlin.
http://djmarkdevlin.blogspot.co.uk/2016/03/mark-devlin-guests-on-greg-carlwoods.html

Anyway as your correspond fondant has noted it should be screamingly obvious that there is a reason Indonesia and Mexico are not in BRICS. You are not interested in the opinions from the battlefield. The new Balkans?

I will leave you with a question.

Can you imagine what an iGREEN total war will look like?

Well the divine right of Kings could not imagine our level of contagiocratic ignorance and they’ve all gone now. 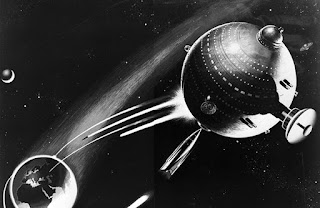