Vampire light. Or. On IR. 20. EinsatzersatzwankkenhutZaibatsu 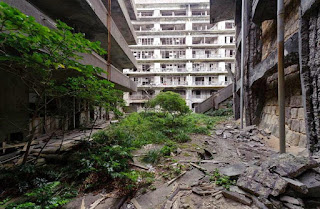 Now I am not going to suggest that Himmler, Hitler, Bormann et al had a fine close harmony barbershop style, nor am I indicating that if one sought for proof of their feminine sides one would discover an as yet unrevealed predilection for veterinary services and that they ran an orphaned not for profit small animal hospital in the Harz. I would never suggest that one would leave small birds and infant pygmy hippos in their care. I am not even gong to posit that they may have been overlycovertlystylite. No we have no Jesuit saints here, not even temporarily temporal.

Indeed the last thing that a responsible adult should do is ever leave anything precious to the care of any leader of any sort in a world run by iYahweh Infinteloans Inc.

The fact that almost all modern adults do abdicate their responsibility to myth, mystery, fiat psychopathic and blind faith gives the awake person a measure of how sick humanity is AND the likelihood of one being murdered by a member of this seething tribe of hatred currently numbering over 6 billions. One could argue that to live within one’s own fable and unreality is a valid defence mechanism.

So given the above, when one is invited to concentrate on one particular group, of any sort, by the HDTV altar whores and iPisscribes one can safely ignore completely their instruction for it has no merit in the real world one seeks to inhabit and expand.

Victims are perps and perps are victims and everyone else is nondescript. All is relatively worthless in this gray metamorphic empty world of infinite money and universal poverty.

To touch Yahweh money is death.

To deal in Yahweh money is to be a murderer.

Poverty outside the Yahweh money system is life giving. Poverty within a Yahweh money system is death. And here the revisionist altgoons don’t get it. It does not matter whether you are an early adopter, jew, or a recent convert moron, it does not matter whether you are pink, brown, semi off colour, semi on colour, the system uses you as an instrument of death. The deeper one is in the system however and the earliest adopters we know off demonstrate this, the less you are human and more machine. The spiritual death cult uses artificiality on the artificial to create its self replicating reality.

One day we must look at the likely movement of the pre-Yahweh rendezvous eviloid and its origins. It is not European put it that way and if one takes a good look at the anti semitic crap lurking as background radiation in the every day discourse we partake in, I am always drawn to any map, ancient or modern, showing Arabia to be empty. Oh yeh Yahweh. Where do you think the Apiru lurk to this day with there pre Stone Age modernity?

So let us look at the products of the work camps where criminals were put to work and where the knowledge workers were selected for contract to the EinsatzersatzwankkenhutZaibatsu.

What great wheezes were run out of these lethal fiefdoms that will find their modern expression in the USofA corp prison/work slaver complex?

(Note USofA corp. that you are getting Yahweh’s business model forced on you under antsemitic cover. BWAHAHAHAAAAA. Man if ever a colony deserved getting fucked over because of its uselessness, go on USofA corp. what have you really given the rest of the world? From what we can see at this remove a big fat nothing. You have become, all by yourselves, the first collection of clowns never to have achieved a culture that will be identified in the archaeological records, you are even worse than the Romans. From free pioneers to Yahweh’s consumer slaves in one great backward step for humanity.)

So, unlike the USofA corp. prison-slave system, the German arbeit macht frei camps had talent locked up. And being good corporate theists the SS made use of this talent. One of the best documented we know of is Operation Bernhard. A small scale, by comparison to the scientific, concrete and rock engineering, project concocted to create real counterfeit money.

“The idea was to produce a perfect copy of the British pound, print it in great quantities and to actually just throw them down over Britain with bombers, dropping money instead of bombs. The hope was that the British would use that money, start massive spending and cause big inflation in the country, destabilizing the economy and the faith in the British pound throughout the world.

The memory of the hyperinflation of the early 20’s in Germany was still fresh, success seemed possible and so the SS started the biggest counterfeit operation the world has seen until this day.
It was called ‘Operation Bernhard’ after SS Major Bernhard Krüger, who was in charge of the whole operation. He decided to use the Sachsenhausen Concentration Camp north of  Berlin to set up the operation and requested the use of Baracks 18 & 19 in the ‘small camp’, the first expansion of Sachsenhausen.

He also requested more than 140 Jewish prisoners from Sachsenhausen, mostly printers, engravers and bankers to work in those barracks.

Later on, he also requested specialists from other camps like Ausschwitz that the SS considered useful.”
https://viveberlin.wordpress.com/2012/08/17/stories-of-sachsenhausen-the-counterfeit-operation/

Two things to note, pun intended, here. One does not use a military operation to destroy an economy, one uses a bank. One uses military means to kill populations who do not comply banksterstyleee.  In the fog of religion “War is merely the continuation of policy by other means” does not adequately cover the spectrum of monetary objectives. Secondly note the skill sets we have here.