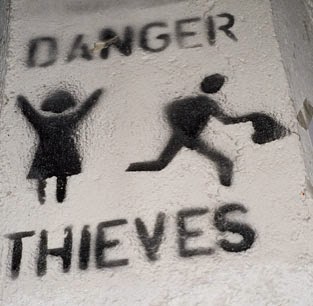 In all the readings of this, that and the other concerning operations during WW2 one will always encounter either the expression “unexpected early onset” or “an unnaturally late” when referring to weather conditions in theatre. In other words it was weather, as normal. Mind you that still didn’t stop the USN deciding to own the weather after Midway.

One will never hear those expressions referring to atomic materials. One never hears the expression “ Godlenberg returned to Paris with an unexpected early onset of Uranium possession”. Or “Plutonium production occurred at an unnaturally late date in Palestine”.

Uranium and Plutonium, in 1945, were worth many times their weight in gold. So to be in possession of those materials was to be a fake history actor.

1943, Field Marshal Erich von Manstein rolls up the rape militias until the early onset of spring brings all movement to a halt just north of Byelgorod. The singular occurrence in the whole operation is Paul Hausser giving GROFAZ the bird just outside of Kharkhov. Paul H was at the time the boss of the SS PzK, at about the same time Patton was boss of US II Corp. At this crucial moment legend has it that Der F was going mooonsluicing leylines at the Wolfshanz and no one was going to disobey orders to stand firm. Paulus had just overseen the destruction of the best formations in the Heer and we are still not supposed to look at the geezers who made the decisions to allow the murder army to wander where it wanted on bullock carts, by chasing nothing nowhere.

We must always, always bear in mind that the whole purpose of all the indoctrination, planning, money formation, propaganda, mythmaking, ideology, faked history and story telling by hallucinating non participants, was to kill as many Germans and Slavs as possible. To denude Europe of its aboriginals, native American stylee, and prepare the way for imported stone age itinerant flock shaggers and crop destroyers.

How come Schacht didn’t hand over a shed load of real counterfeit Benhard to Rock in return for a couple of super tankers a month delivered COD? How come? Money didn’t matter that is why. All the crap we get fed about war aims and strategy is the usual cover story for a never ending objective set by simple inbred dullards and their thick Yahweh adherents counter characters.

No one is to be free other than under our fiat fake laws.

The fable we are fed about the utter fuck up that is the deliberate destruction of Heer forces by German staff officers can only make sense if two factors are kept in mind.

They really did get the word that the Brits/French would turn up on time to help halt the Murder Army somewhere in German territory during 1941/2. Certainly east of the Oder because the last thing the British would stomach is the Russians getting out of the Baltic.

The SS proved to be a shock to these red salad wearing traitors because these asphalt pounder guys actually intended to win the war. Not engineer a stalemate again. I mean that was a shock all round. Speer didn’t seem to understand that time and motion studies mean more than increasing productivity from existing plant. UKplc which thought that all it had to do was cause trouble from the side lines whilst swilling gin on the Kenyan highlands or in the Shan valleys and parading around Delhi with their overseas born native lawyer bitchboy placemen forgot that they had nothing to offer anyone.

Not being satisfied with burning civilians out of their homes for the past 3 years, the British were getting ready to use chemical warfare against the remaining women and children in Germany because 1 tonne bombs were arriving at 2000mph into London.

Let us put this into perspective.

It is just like NATO destroying Libya because too many people had nice lives there.

I don’t want to get too worked up over the issue of doubles but it has to be said that since we know how much trouble Truman had contacting MacArthur 1950/51 during peace time, that there must have been several GROFAZ kicking around for all the decisions to be made according to given history during the mass die off engineered in Europe 1939-1945. Or none at all. I mean how else does one tell GROFAZ to go phuck hisself as you abandon Kharkhov against standing orders. As a mentalist criminal organisation the last thing that you want to have on your record is an example of sanity. No wonder the British Army's jewish brigade went around murdering people in Nth Germany after may 1945, killing uncomfortablyalive real witnesses to real history. Shortly there after the murder army took up operations in Palestine circa 1947.

Always with the retreats Adolph!

Somewhere the real Adolph must have been staring at monumental arches and dirty magazines. I don’t think he could care less about owning anything.

“Springtime for Moshe und Eretz
Tel Aviv is happy and gay
Rock/Roth is marching to a faster pace
Look out, here comes the master race

Liberation for tatooes and hoaxes
Winter for Hamburg and Chemnitz
Springtime for Dimona and Elie
GGTF, Yahweh, you fukkedwitz”