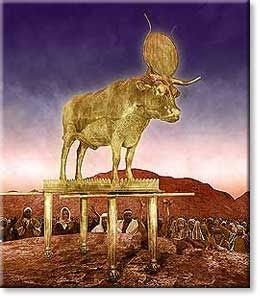 “Are you for us or for our adversaries?”
“No, rather I indeed come now as captain of the host of the Lord.”

Crossing the Rubicon or crossing the , doesn’t matter. We are not so much interested in the Pivot to Asia here as in the eternal pivot of the battle line out of the Med and around .

Whenever the leaders of any group have faced off these killer clowns the host of the Lord has destroyed them using the same old tactic. Wait, subvert and Israelite whores.

Very recently we’ve been getting a load of bollox fed to us from our local leaders and subversives telling us that something is up with western geopolitical strategy. Read the CFR, Op Eds and assorted head scratchings about the apparent mentalistness ox called USofA corp foreign policy. WTF do you expect with a Maoist administration. Kill all the sparrows and starve. That is the usual mentally unhinged strategies these fools pull because they are as usual slaves to the host of the Lord.

So let us make it quite clear there is nothing wrong with USofA corp. policy. Despite this load of garbage implying there is.

“Henry Kissinger on the Assembly of a Order” http://online.wsj.com/articles/henry-kissinger-on-the-assembly-of-a-new-world-order-1409328075

As I mentioned earlier these clowns lead by Mein “host” have been taking the piss out of the freedom loving persons of the west and it is now mission complete. I mean USofA corp. is now in the place where FranceAB and UKplc were 250 years ago as the banksters weighed up who was going to get the investment and world leadership. Don’t bother looking for an answer as to why UKplc got the nod in any text book, history, economic, political or otherwise. The captain of the host of the Lord has never let his thoughts be known. Ever.

Action is what the hebitchhost wants.

So what the phekk has this got to do with the price of nonnanothermate then a lama lama ding dong yaa muppet? I hear you gasp.

Well just as I can think like a bankster and so view the psychogeography of over 64,000 years of hidden mystery on the big table's mapsinging, so I can translate the lingo of the captain.

Basically he asked “Are you hard enough?”.

And the question was asked again starting on the same day MH17 got all disappeared like the radar plots and other planes in the months previously. The host of the Lord does like to chuck a load of puff countermeasures and counter-counter measures out there as well as counter-counter intelligence whilst the good townsfolk are in bed with Rahab.

What we have here is a continuation of the 2nd of 9 operations running through 9/11 as detailed in my Pantechnikon series 5 years ago...

The RCE/TA has indeed proven itself hard enough by killing babies in cribs with weapons designed to take out armoured columns.

The captain of the host of the Lord is currently interviewing for gentle persons who think themselves deranged enough to kill billions.

Are you hard enough?