A Hiatus in the Hall of Records Pt 3 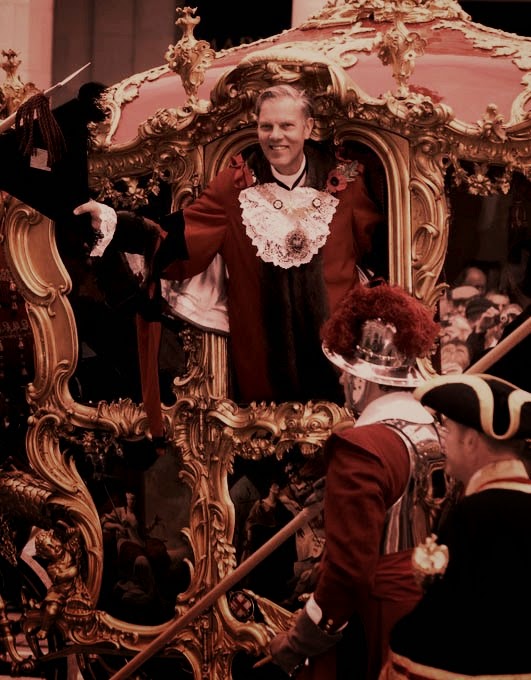 This should have been an outing which I am completing entitled “Dimensionless or some such Bollox” but my attention has once again been dragged screaming into the realms of fiction. Or as David Cameron the Moshe Moron, scion of the , Apiru brew crew and all round runt nut massive has stated last week at the UN

“……To defeat Isil - and organisations like it - we must defeat this ideology in all its forms.

As evidence emerges about the backgrounds of those convicted of terrorist offences, it is clear that many of them were initially influenced by preachers who claim not to encourage violence, but whose world view can be used as a justification for it.

The peddling of lies: that 9/11 was a Jewish plot and the 7/7 attacks were staged.

The idea that Muslims are persecuted all over the world as a deliberate act of Western policy.

The concept of an inevitable clash of civilisations…….”

So David you bitchboy’s bitch, just to show you and your watchers that all that expensive indoctrination you got at EtOxBridge was a waste of humanity’s resources, where is a proper Malthusian culler when you need one, let me correct the Corexit you poison our well with you monoheahtenboybitch.

IS/ISIS/ISIL/Al-CIADUH/Mooslem Bro’hood/WahaRabbiis,/HAMMAS and all the other aplhabetispaghetti terror bollox you pollute our daily lives with through the whorehouse MSM glory holes remind one of the soup of Bolshie and nationalistic phukkmutts your forefathers bred into existence over a century ago to cause Europe to be destroyed. Same MO, same funny money, same players causing the death and destruction. The inverse super heroes of the City of , a temple full of anti heroes.  IS it a bullet, IS it a plane?..IS it fukk.. Able to leap tall megaliths. It is the Prophet of Chaos. Bringing violence, death and destruction, confusion and contusion, to the innocent and peaceful. Rothschild’s chimp house for unemployable wastes of space, the UK Government and Crown.

I hope you read the Georgia Guide Stones carefully David. I don’t think you and your species are on the ark.

So David I don’t need to even consider 9/11 and 7/7 to work out what is going on, in fact ignoring 9/11 and 7/7 will concentrate the mind wonderfully and get straight to the point rather than spend interminable aeons in the company of your automatons of the truth movement.

One of the greatest engineered scams of reality in recent times has not been the myth of the Holocaust. It has been the deliberate halting of so called troofers once they have proven to their satisfaction that there was no holocaust as related by the soporific nannies of the killer state. Punching the air and hi-5ing, having big chin wags to point out how clever they are.  Ass holes.

Since you are such a fan of air strikes David I assume you will know why no air strikes were ever carried out by the superb Light Night Striking Force, RAF Bomber Command on the trains taking forced travellers to work in the camps? Even a visit by Uncle Sam’s 8th at the behest of New York Jews would surely have sufficed to verily fuck up the Fat Controller’s genocidal train time tables, wouldn’t it? Of course I don’t think you do know, do you David? Don’t take it too badly David when I point out that you are just not important enough to have been let in on the know. I also have the feeling you might be a little bit thick when it comes to working things out by yourself. All you need to do is keep telling the fuckwitz electorate and their retarded MPs in UKplc that everything is tikkity boo even when your chancellor admitted on Breakfast telly this morning on the GGT that we have been in a recession since 2007 FFS!!!!!

I don’t think you quite get it David. Too many of us were there on 7/7 and could smell the bullshit from the GGT and Gordon Brown. Too many of us who weren’t there on 9/11 could smell the bullshit at WTC before that day and since then have worked out that your team lost control of your clever plan, operational out of the Rothschild secure fire base and command bunker at RCE/Tel Aviv.

However not many can see that the current bollox is just a real chucking of the kaleidoscope into the air again. You see David so much of your team’s evil doings over the past 5000 years or so have leeched out recently that we can now call your false flags before you have even been told to cover a story about them.

What do I mean? Well David it doesn’t take a money grubbing oracle whore of the temple to watch your teams progress through history. Your vector is quite clear once the troofer crap is cleared from the non linear goggles.

No David all you need to do is keep the great big Pachinko machine running all day every day, 24/7 like some great engine of stupor and hyper viscous torpor. Never let the lullaby machine of genocide stop for a second in case the ball bearings wake up.

This brings me nicely back to where I want to start next time out. Dimensionless retards.

If one views the flow of one’s birth like the random fall of a pachinko ball then once at rest, born vector less, if one awakens there is only one of two places one can be, for all the rest, the billions asleep, are at rest dimensionless.

PS BTW David I forgot to address your remarks directly, very remiss of me so here goes.

“……To defeat Isil - and organisations like it - we must defeat this ideology in all its forms. Your team paid for its creation, as always any and all terrorists are funded eventually by your team. It has to be so since that is one of the prime directives of printing money, financing terror.

As evidence emerges about the backgrounds of those convicted of terrorist offences you should know they’ve been in your team’s gaols, it is clear that many of them were initially influenced by preachers who claim not to encourage violence, but whose world view can be used as a justification for it. Well your team created these monoheathen religions in the first place to cause death.

The peddling of lies: that 9/11 was a Jewish plot and the 7/7 attacks were staged. David 9/11 was a Jewish fire insurance scam benefitting Jewish property owners. A destruction of evidence indicting Jewish banker fraud on an epic scale. All coordinated from the Jewish firebase at RCE/TA. However I will give you the benefit of the doubt that their operation was hijacked by unknown forces. However I do note that a Jewish trip wire is awaiting to misdirect again in case the troofers do get smart. As for 7/7 David the GGT and Gordon Brown gave it all away again just like WTC7. 7/7 was staged to scare the UKplc into aligning with the GWOT and to not notice how many clients were being imported into UKplc for training/recruiting in operations rolling out now, 2010-2020,  in the .

The concept of an inevitable clash of civilisations…….predictive programming. David your team is creating a massive theocratic murder house. Just like your team created a so called atheist murder house 100 years go in . This time there is no other objective than killing. This time it is just for the theocratic pleasure of it. This time your team are intent on taking out the opposing pachinko balls permanently. That is what is part of, a Eurasian genocide.”


David the thermodynamic signature of 9/11 gives the game away. Compare and contrast WTC 1&2 with WTC 7. All three were rigged for demolition in the crime. WTC 1&2 part disappeared. WTC 7 did not. The senior team hi-jacked your team’s operation. David a real terrorist attack on 7/7 would have done in your first responders but you couldn’t have the NHS collapse in with so many immigrants coming in to make use of that resource.

So David are you trying to tell me that Arabs set off two gate out fusion devices? Are you? David why do you think the trains containing forced travellers ran on time into the labour/slave camps, year after year, without any air strikes or partisan operations against them?

Come on fess up, what connects all these things?