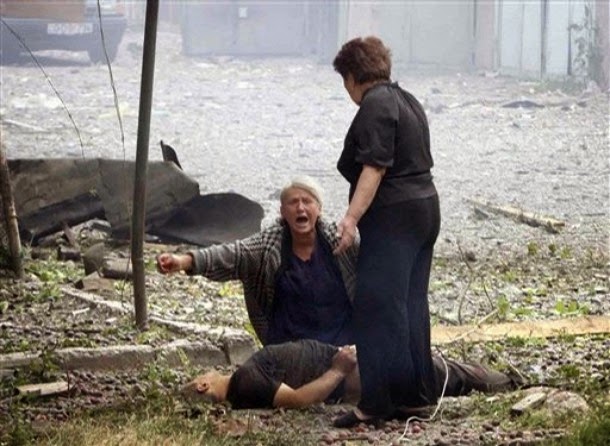 Continued from
It is highly unlikely that you will be killed but you will be asked to pathway. http://specificgravy.blogspot.co.uk/2014/10/it-is-highly-unlikely-that-you-will-be.html (Passaway with a medicolisp or geezers wiv shoo-aazz from the Lead Pill Pharmacy)

“The Capitalists will sell us the rope with which we will hang them.”
A. Skryptomentalist, foundation financed bitchboy who never wanted for a square meal or money, which might have been called something but we can never know for sure its real name. circ 20th C AD.

“Give them enough time and they will eventually go skryptomentalbolloxhomicidal just go ask the survivors. Oh you can’t they are all phukkin’ dead”
U. Knowwho hasn’t got two brass farthings to rub together, definitely no sold out lover of lucre and monoheathenism. Circa 13th C BC. (Well I would have if I’d been there, innit?)

As noted at the other shop the only pivot going onat the moment is the one away from a gutted west towards the familial slaver economy of the slanteyedMoldavians by the killerqueens in RCE/TA. A process started when Mao and Ben Gurion got married way back in 47/48.

One thing to notice about ALL these so called revolutionaries we’ve had foisted on us after they got tapped in the dinner line at a penitentiary near you, intellectuals, fleeing refugees, bank robbers and nee’er do wells, is that they are all lazy, limp wristed, soft palmed, supremacists who think it beneath them to do a days honest toil.  Ideal material for the self conscious pecuniary system to lead the masses to destruction. They think we owe them a soft bed and a warm hearth, filled larder and freedom to talk bollox and genocide. Just check out the Moribund Brothers lineage, the Cahemoroid or Clemoron familial matings and sexual organ juxtaposing. What a shower of retarded phukked witz. In fact the only form of life lower than them in the biosphere is the clowns that inhabited from around 1000BC until the present day; these herds hosted the plague and never got out of bed to stop it. Greeks, Etruscans, Picts, Basque, Celts, Teutons and assorted muppets of oblivion.

I mean it isn’t as if this is a war of attrition with each side brought to exhaustion. No this is a one sided clearance of humanity by a pandemic of one dimensional evil retards.

If one ever needed to get a handle on the source material for the fiction spewed forth from the fevered, off planetarium, delusional insanitarium inmates regarding the halucoholocoats of werkekamps, einsatzgruppen und sonderkommando, then the actions of the Killercommieclowns from the insanagogues of Shatan in the iCSI form the basis of these fake ramblings. Not one of the so called Allies, the good guys, oh phukk me BWAHAHAHAHAHAHAAA, was near collapse in the soap opera 1937-1945.

The Soviet Union and The Empire struck back in 1941 when the false history books written ever since by tenured boybitches and bitchboys would have one believe that both workhouses were about to fall. Oh phukk me!!! Youz gotsta aks youzself innit? Why would , and , three countries invaded by the RCE/NY jew mercs in the period 1941-1947, be the only three nuke rogues today?  Why would no one be bothering about and ?

Remember inhabitants of the west, you are scheduled for removal. Always have been, always will be. Why? You think differently that is why and the eviloids cannot stand such diversity.

Anyway back to compliance and inclusivity.

TUESDAY, DECEMBER 22, 2009
Mortality Rates Among Soviet Deportees 1941-1945 Part I: Baltic States, , and
Between 14 May and 15 September 1941, the NKVD forcibly deported 85,716 people from the Baltic States, , western and western to and Kirov Oblast as "anti-Soviet elements". The contingent sent to Kirov Oblast consisted of 2,049 people from (Zemskov, pp. 90-91). The total number of deportees from these western regions is confirmed in an NKVD report dated 2 June 1942 (Zemskov, p. 97). By 1 October 1945, this number had been reduced to 43,099 people (Zemskov, p. 115). This represents a loss of over half the deported population. There are no records of any large scale releases of deportees from this contingent which consisted of 27,887 people from , 22,648 from , 12,682 from , 9,595 from , 9,236 from and 3,668 people from (Zemskov, p. 91). The deportees from Belarus and Ukraine in this contingent are seperate from the contingent of the 132,458 Polish settlers, 75,662 Polish refugees (mostly Jewish) and 66,000 family members of Polish military officers and government officials deported in 1940-1941 that had all been released by a decree from the Presidium of the Supreme Soviet issued on 12 August 1941 (Zemskov, p. 97 and pp. 89-90). The 2 June 1942 NKVD report confirms that these other contingents from eastern had in fact been released (Zemskov, p. 97). All evidence points to deaths from malnutrition, disease and exposure as the reason for the overwhelming majority of losses among the missing 42,617 deportees from the Baltic States, , and . This represents an average mortality rate of over 12% a year or 1% a month. The losses for the Estonians sent to Kirov Oblast were a little less than half of the average for the total contingent. The NKVD counted 1,553 deportees from in Kirov Oblast  on 1 October 1945 (Zemskov, p. 115). This represents a loss of 496 people or 24% of those deported in 1941. These are truly staggering losses even by Stalinist standards.

74 Years Since the Molotov-Ribbentrop Pact
Today is the 74th anniversary of the Molotov-Ribbentrop Pact. This "nonaggression" pact was actually an alliance between the and Nazi Germany from 1939-1941. Its secret protocols divided the countries in between these two states into spheres of influence. In the Soviet sphere of influence fell , eastern , , , , and . The Nazi sphere of influence consisted of most of western and central . The alliance between the and Nazi Germany led to the invasion and annexation of eastern , , , , and Bessarabia by the . The Stalin regime instituted a brutal reign of terror in these countries. On 14 June 1941, the Soviet NKVD deported over 40,000 men, women, and children from , , and to Siberia and northern . Here is an account from an Estonian who survived the harrowing exile to . She was one of the lucky ones. Many of the deportees from the Baltic states, Bessarabia, and the areas annexed from  did not survive. In fact about half of them died in  a little over four years from the poor material conditions imposed upon them by the Stalin regime. The Soviet government also illegally and forcibly conscripted some 40,000 Estonian men into the Red Army of which it transferred 17,000, almost half, to forced labor detachments in Arkhangelsk Oblast. The alliance between Nazi Germany and the signed 74 years ago made this brutality and many other crimes by the Soviet and Nazi regimes against the people of the Baltic states, , and possible. As a result this day is observed as Black Ribbon Day to commemorate the victims that resulted from this pact of evil.
Posted by J. Otto Pohl at 8:29 AM

The pigs that are currently enjoying themselves sunning the skins from children and forming lampshades from soap in are the same slime that got a free hand to carry out their hearts’ desire in after 1917. RCE mercs. All the delusions imagined by rubbish atrocity actors and their scribes since time immemorial are clear to see. Dead persons in and murdered by cowards in uniform evil. Cowards in fevered skulking thievery who hid as kapos in the pleasure camps of whilst the German cities burned. Cowards who have to turn tail in case their shortened lives are foreshortened by God.

Which bit do the dullards in the west not get yet? All the fiction does not stop for a second. Which bit about RCE/TA is about to give you the bird do you not get USofA corp? is about to align openly, not covertly like it has since the Nobel pandafucker dropped by with Nixon 40 years ago, with the ChiComms for money and weaponry. has always been aligned with Wahabiism and will parch every square meter of Europe and for fun when the Lucquifers are under their protective custody. Do you really think that once the territory is needed to cause trouble in that the oblast of the heathen will not be hot to trot again? You have not been paying attention have you?

How else do you think is going to get territorial rights in the ? https://www.123rf.com/photo_24659240_monument-of-friendship-of-russia-and-china-in-birobidzhan-jewish-autonomous-region-russia.html BWAHAHAHAAAAAAA.  http://thump.vice.com/en_au/words/caught-between-the-exotic-and-the-grotesque

RCE has now got you where it wants you USofA corp. RCE/TA can assume victim status again because of your growing anti-semitism fuelled by the MSM. Which bit of this do you not get?

““Remember We will not tolerate any longer. Free the political prisoners or it will be sure death for all of you. American Anarchist Fighters.”

So read a note following the worst terror attack on before 9/11. Anarchists killed 37 and wounded over 400 in downtown on September 16th 1920. The attack took place at Wall Street, just before 12 o’clock as workers headed out to the streets to eat lunch.

The remote detonated bomb was in a horse-drawn cart on the street. This was no specific target like a police department or government building. The anarchists killed whoever happened to be near a wandering horse in the street.” 1920 Terrorist Attack in NYC http://netwar.wordpress.com/2007/07/19/1920-terrorist-attack-in-nyc/

BTW you can expect the CHEKA to start dragging you away by the cattle truck load again soon. Don’t snikker UKplc you’ve spent the last 100 years in lock down and unemployment. Democracy my ass. In UKplc the stage scenery is getting thread bare and in most places is rotten. What a sold out, dumb assed shit heap. No wonder the word is out to get the phukk out of right now. Oh RCE/LC will be safe but don’t be surprised to find another land clearance exercise going live and a 1666 type riot in a bakehouse fire clearing the burbs out soon.

No one can seriously believe that the staged show paraded in front of our every waking hour for over two hundred years now in UKplc that the believers of Yahweh care a flying phukk about freedom and democracy is anything other than extemporism. What the monotheists want are dead people. Dead people who used to be alive people who would not allow moneytheists to take the piss all day every day lazing around doing phukk all, because they had work to do and families to raise. God the moneyheathen hate that. They also hate you not giving them your undivided attention. The banksters’ play things hate free persons, they kill free persons. That is what they do! The do what it says on the side of the tin of Zyklotron B. They eradicate the free person from history. In all places, at all times and in every way possible once their victims have been rendered helpless. Yellow streaks of Talmudic slaver stamped DNA pissartists.

Don’t fear ebola or malaria, venomous creatures or death. Fear the caricatures of money who used to be human. They have killed more beautiful human beings than anything on this earth.

As I said. Once you are helpless and disarmed they come in the night to kill you.