On the Silence of the Truth on the street where they know your meme. 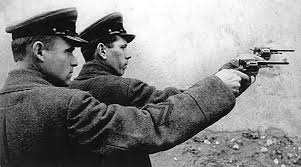 Around here, on the Sagittarian tarmac, there are big dungy clues about what is to come. Just Down the road about 200 hundred years ago a load of unwelcome scum were camped out in the wilder woods being ever so slightly naughty. The Teaguenpikeys were inconveniencing recently silvered thievery families from the Aldgate area who’d made it big and decided to get away from the ashheaps of Kings Cross into the sunshine and sylvan orchards on the roads recently made through the bishopric lands to the north.

Our light-fingered wanderers decided that lifting the realplatecounterfeit from the new great houses off the great north road and environs was kushty since, if they had money, they didn’t need all of it and could always engineer more into their hands anyway if some went missing.

Notice the lack of work in this narrative so far, just systems of larceny meeting in the wyldewoods.

Rothschild’s mates decided that getting a force of crims recruited to protect them from fellow perps resulted in the establishment of the Met. So perpkrypto begat perp begat kryptoperp and those looking in fomr the outside just got on with their freedom expressed as business.

Still no sign of classic work here yet from any brand of +perp+..

These days the BBC would drape these concentrated criminal activates in honey flavoured Sorosdew where everyone was a victim but not in their Cotswold kill zones. To make you pukeandvomit is not in your inerest as accomplice..

The PukezentralTASSPRAVDAMancuniankandidaherpescomplex has become the thing we were all warned about in proverbs and fairytales. Purveyors of poisoned goods surrounded by a protective tax of rancid queef gazz cyanidecyclonB stench from the planet bluebird.

So nothing has changed in UKplc these passed over two centuries. Imported crime families and gangs are working to enforce continuity of criminality but now on a global scale.

Jim Keith kind of got it correct Ellulstylee however both were mistaken about the stainless steel indifference of the sterile forces applied to kill. These semiAI inhabited CHEKAspaces are living seething pits of evil, Goldsteinstylee, scalability is their mantra and the only reason there was a hiatus in the global kill zone expansion was to capture the new techniques to get off world.

Hold your hand in another’s.