What’s it all about Alfie part 2? 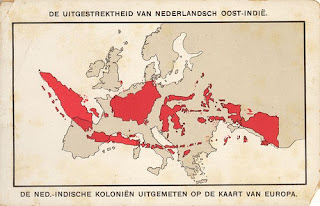 That was 9 years ago.

Has Alfie any further thoughts on the subject or other events?

Well a little context of those days needs to be stated. We were in the fag end of the Blair/Brown junta. Like a fat fag chillie swilling Mejican spaghetti western generalissimocharacter Blair had been told to leg it before the shit hit the fan in 2007, leaving his faithful, recruited for the very purpose, vain 2iC to look stupid as the stage controllers went for a quite quiet shag and violation with helpless cheeldrens to celebrate their celibate state, innit.

The Fatphukk Controller, 2nd phukkwitz of the Treasury, had sold off a shed load of UKgold at knock down prices to organised criminals, Turing failure criminal infinite looper.

So much for a son of the manse displaying canny pecuniary overwatch. If you’ve ever read “When Scotland was Jewish” then you’ll know the tight fisted sphincter money mongers never had it so good than when their PhDudd was coontin’ his fake counterfeited bawbees.

So having got that of my manboobs, what is Alfie pondering as Shelley awaits another dump of manoil from his fluidgender engine of generation?

The following got me focussed on several stray strands knocking around the noggin this passed decade.

What bit of “Everything is cushty in the Reich” don’t the altshite and the fuehrer Leibstanfarte2018 not get?

The RussAbos were to be got rid of by the white supremacists this passed century but that one failed because the YankAbos got in the way once the plan got phukked up by a few manipulated ReichAbos.

To try and make sense of the above nonsense let us return to 30 years before the photo of Shelley and Michael was taken before in soon to be BigMuppetBlairBrownStabzentralstan.

In 1935 the secret map of the world for 1945 would have looked like this in general.

Europe,  imagine a land, Portugalike frozen in time, stretching from to , a cratered wasteland roamed by untended flocks of Jacob’s sheep. The Unified Red gentry would be raping virgins as they strolled from estate to estate picking off unattended patches of AboWeeds still standing after the great gassings, torchings and machinegunnings of the 1941-42 cleansing operations.

would be returned to unnoticed hearts of darkness. One great big wild life park for the hunter pleasure complex to defile at leasure.

would be getting rolled over slowly but surely by the Yankweaponfab’s output as the demographics fo the YankAbos got bled out and replaced through imports from the southern breeding grounds.

would be finally able to take its place as Ubermong1 after 600 years of preparation.

Don’t give me any of that Mackinder kinderschpeil bollox. The struggle has always been between town dwellers and the scum of the surrounding wold. Once the town has scaled to continent size, secure comms limited actuality, then all, I repeat all, becomes nothing more than policing.

If you believe anything that comes out of RCE/LC and its extended ballpondballoonindoctrinationcomplexes then you are a phukkwit.

I would cite the line, Konigsberg and more importantly the successful removal of RCE/LC slavers from after 1945.

Oh yes that is a tiny vignette of what was supposed to happen throughout all European colonial territories East of Suez once Europe was a smoking sheep pasture. BTW notice that the phoney WWF would not have needed to be brought in to being if the great big plan had been successful. Ditto NHS.

It may well be my skewed optics, but one reason it seems likely that the big one was halted in 1945 was the massive existential danger of YankAbos turning up, out of plan, with CokaKola, instead of napalm in Cokeshaped tanks, as they did once suitable cultivation/preparation after two Ike administrations. All that CochinChina, and other designer disturbances in the old EuroAsiancolonies did was buy time for the dissolving of the out of place megaweed USofAcorp.

BTW if you think that Ike’s Congressional/Military/Industrial complex telecast was anything other than trouble making bollox then once again you’ve been sucking at the RCE/LC poisoned teat too long again.

What bit of life time actors talk nothing but bollox don’t you get? The medium is not the message, the medium is bollox.

Notice in all the above Arabia Felix was to remain unnoticed and pristine as causal.