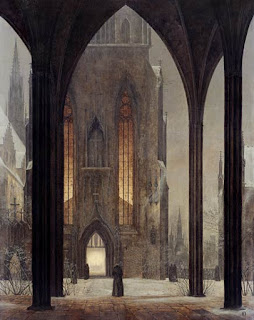 “vino says:
November 5, 2011 at 7:41 pm
the darwinian dogmatists are out of control in huh? Survival of the fittest and all that bilge. Well has been relativized somewhat by the the work of the twentieth centuries poster boy for bad science. Lysenko the reviled symbol of what science is not supposed to be….Hey but the english climatologists were outright frauds and the english establishment did everything in its power to preserve the power prestige and reputations of these adulterators of scientiic data on behalf of the carbonazi mobsters. The english are not the only practitioners of bad climate change science but they have tried to seize the leadership of the movement so the donkey eared dolt behind the throne can make money off his investment in carbon exchanges no less….science definitely needs a reformation and cleaning out of the mercenaries who will attach a scientific certificate on almost any abomination and travesty of real science to make a buck…. deep sixing the auzzi aboriginals is all about racial genocide
June 18, 2007
Were Lamarck and Lysenko right?
http://www.bookofjoe.com/2007/06/were_lamarck_an.html
They both believed that acquired characteristics could be inherited, and have long been derided and dismissed as wrong.
Now comes research which appears to demonstrate they may well have been correct.
In the new (June 16, 2007) issue of The Economist the cover story on “Biology’s Big Bang,” — the rise of RNA as perhaps the key to understanding the nature of life — concludes with the following four paragraphs.
It’s evolutionary, my dear Watson
What is being proposed is the inheritance of characteristics acquired during an individual’s lifetime, rather than as the result of chance mutations. This was first suggested by Jean Baptiste Lamarck, before Charles Darwin’s idea of natural selection swept the board. However, even did not reject the idea that Lamarckian inheritance had some part to play, and it did not disappear as a serious idea until 20th-century genetic experiments failed to find evidence for it.
The wiggle room for the re-admission of Lamarck’s ideas comes from the discovery that small RNAs are active in cells’ nuclei as well as in their outer reaches. Greg Hannon, of the Cold Spring Harbor Laboratory in , thinks that some of these RNA molecules are helping to direct subtle chemical modifications to DNA. Such modifications make it harder for a cell’s code-reading machinery to get at the affected region of the genome. They thus change the effective composition of the genome in a way similar to mutation of the DNA itself (it is such mutations that are the raw material of natural selection). Indeed, they sometimes stimulate actual chemical changes in the DNA—in other words, real mutations.
Even this observation, interesting though it is, does not restore Lamarckism because such changes are not necessarily advantageous. But what Dr Hannon believes is that the changes in question sometimes happen in response to stimuli in the environment. The chances are that even this is still a random process, and that offspring born with such environmentally induced changes are no more likely to benefit than if those changes had been induced by a chemical or a dose of radiation. And yet, it is just possible Dr Hannon is on to something. The idea that the RNA operating system which is emerging into view can, as it were, re-write the DNA hard-drive in a predesigned way, is not completely ridiculous.
This could not result in genuine novelty. That must still come from natural selection. But it might optimise the next generation using the experience of the present one, even though the optimising software is the result of Darwinism. And if that turned out to be commonplace, it would be the paradigm shift to end them all.
Share
0
Reply” 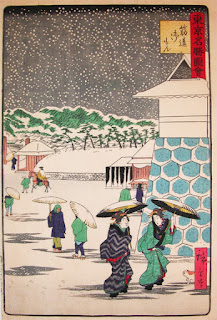