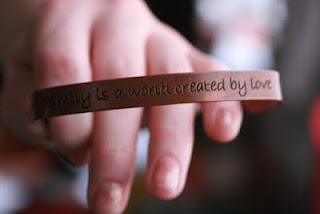 Continued from What iswrong with this picture? A road trip part 9. 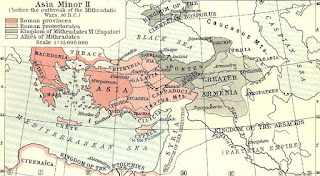 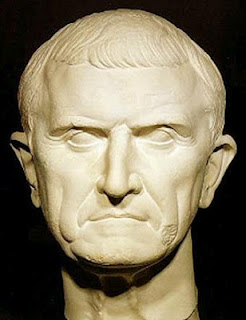 /ˈɑrkɪtaɪp/) is a universally understood symbol or term[1] or pattern of behavior, a prototype upon which others are copied, patterned, or emulated.

Archetypes are often used in myths and storytelling across different cultures.

In psychology, an archetype is a model of a person, personality, or behavior.

In philosophy, archetypes since Plato at least, refer to ideal forms of the perceived or sensible things or types.

In the analysis of personality, the term archetype is often broadly used to refer to a
stereotype—personality type observed multiple times, especially an
oversimplification of such a type, an epitome—personality type exemplified, especially the "greatest" such example, or a literary term to express details.”

As I was saying at the other shop, was an alchemist, not a scientist as we would recognise. He was also a gold bug for the Ba’al Hammon worshippers. Gold worship, that’s an archetype alrighty. Now don’t get me wrong. I love these guys and their sound advice. I just cannot stop at their perspective because I reckon that the meme was planted in the beginning to drive man like kind mental with precious metal. In fact it is more than an eviling, it is a logical outcome based on human experience for 10,000 years. The analysis of Morgan, Keiser, Maloney et al never step beyond the temporal in their public utterings and yet smart guys like this must ask themselves the question.

Anyway before I get all expectorant again, ……bollox!

If you got your head round my suggestion for a solution to the wave particle duality of the infamous light diffraction conundrum you’ll know we are off again into Lalaland as soon as I mention it. As I remarked at the other shop, the given is for the dullard and moron to sup upon. The hard tack takes a strong jaw and a differentiation in reality. The ape takes a longer time to realize the aped. Hard questions; like what are the possible hyper dimensional properties of precious metals? Look at them; all shiny and lazy in the day? Under the sun?  What do they do? What does Roth want them for? Ooohh that’s a series of serious questions no one is supposed to ask.

So let us look at the foundation bitch boy named after a now famously painted town in .

He infamously sat on his arse for decades whilst allegedly being too scared to publish the ideas his noddle contained. Indeed if it hadn’t been for the likelihood of another brain scratcher about to publish similar ideas he’d have kept if all to himself. Now you know I smell a rat here when this type of legend is circulated surrounding these kinds of stories and suddennesses. The same stench that surrounds the JCM quaternion pokkelling and right royal Albert hagiography.

So here we go. I’ll try and keep this succinct for once.

Darwinian natural selection is a putting into wordy words of a statistical phenomenon giving life in this part of the universe. Imagine a normal bell curve; rotate it around the y-axis to form a solid bell space. Each life form inhabits its own specific bell inhabitation space. The volume enclosed within the bell inhabitation space is a measure of individuated niches and population. Let us take a simple bell inhabitation space. Three axes. Hot/cold x-axis. Wet/dry z-axis. Population y-axis (I know you are thinking that this stops dead at zero but if you get what is upcoming you'll reconsider). The max on the population axis, the apex of the bell solid, is those individuals ideally genetically disposed to the current conditions for procreation and survival. The x/z plane dithers and the y max moves slowly over time and in the very long term leads to extinction, adaptation and or bifurcation to two separate inhabitation spaces. I.e. species.

We now consider the human herd inhabitation space. Classically minimally and then heretically with fewer wordy words than my fingers want.

This will be kurz. The human herd inhabitation space as understood in Darwinian terms is cloven by the dialectic, a deliberate denial of the optimal individuated niches and herd numbers. This is the purpose of the idea of man as animal, codex.

Heretically we come to Lamarck. We come here because the sure sign of a sound idea is neglect within the iCSi. Indeed ridicule and down right ignorance in this crime scene are marker hi-viz tapes of due respect due.

If the fools that reconstitute their regurgitated past into our future are to be believed then only Lamarckian selection can answer our questions of why they do what they do(bloodline inbreeding elitist incest), why they worship their golden heathen proffered god(sacramental voyages of slaving and crime) and why we are seemed unrealised feeble (magic).

Lamarck when applied, for this initial foray of the Light Brigade, to the human herders (shepherds) can explain a great deal of their dark, given, behavior. For they never thought about it themselves when they wandered alone in the void. It was revealed to them by a djinn who knew of us remaindered. They ape their better, a bitter god, to oblivion.

Now I know you are waiting for the inevitable and I will not disappoint. Though I will limit this to the forward time line. On stochastic, that is correct, on.

They shield their DNA by their closed broadcast, gated community, weird sexual and tribal procreation anathema. All to protect the gold.

But what of the null?

When I was warbling about wankstators J