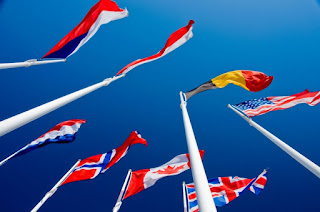 I think it was July 2009 when we were all getting excited at dumping the biggest load of turgid Marxist turdery in existence from power in the retardoUKasylum. One half of a psycho special needs duo who were groomed from birth to finally kill the aboriginals of UKplc, operating from Nos 10 & 11 Downsinnedroom Strasse. Whilst commiting war crimes as a moonlighting job.

If one listens to the Cheeky Girls’ favourite popopinionator at the end of the RT piece,
then one and one immediately thinks of national socialist jew cells deep within Nth London and Manchester at work plotting terror in the ME 80 years ago, 1935. Not ISIS recruited MiHi grown camel dronejockies and Ferrari monkeys today in Tower Hamlets, Southgate and Harrow, 2015.

Anyway here is the classic piece of polling practice and post election technique ,c2009AD, espoused by the nonSOROS(jew slaver) funded(poor as a church mouse) geezer hammering the pixels here today.

“I don’t care if you end up voting for an Ullapool couch worrier wearing rotating and non rotating incontinence pants; your objective is to secure a small space on the deck of the pirate ship with people you know. People that you can walk round to and punch on the nose if they turncoat on you.
Guidelines.
Naïve it is true, but that was then and this is now. One could add that anyone who is a friend of Israel is an enemy of UKplc abos. One should always check for the east European chequered CHEKA background of our immigre MP families for killer clues.

I would like to add a few bon mots to a little item posted by SOTT today http://www.sott.net/article/307211-Cameron-Seeks-to-increase-UK-airstrike-plan-against-ISIL-in-Syria

“British Prime Minister, David Cameron, has presented his Syria bombing plan to
Rothboybitch  pig furcklcker   spunked his  global terrorist sacred fluid spreadsheet
lawmakers saying Britain should join airstrikes against the ISIL terrorist group in the
upon more Rothboybitches’ statutes for ACTS OF TERROR by UKHERPESILFOR
Arab country. "I believe that we should now take the decision to extend British
in Arabia Felix “I’m a vacuous Rothtart, fill me, unleash the Friends of Israel
airstrikes against ISIL into Syria," Cameron told MPs on Thursday. "It is wrong for
terror form the skies upon Chaldea”  Rothbarph  told Muppophukkedwitz “we always
the UK to sub-contract its security to other countries", he said while addressing
out source terror as part of the business plan” he ejaculated his diseaseed all over the
the House of Commons.
Boybrothel and PigPumphouse.

During the speech, the premier said the threats to British interests and people are
Whilst cummoning, the cremecentre spurted “I will kill the UK abos if they get above
such that the country cannot afford to stand aside and not to act. He said there
their station, pronto tonto, again 7/7stylee.
have been seven terrorist plots in the UK in the last 12 months. Cameron's call is
We’ve got a shed load of 9/11s on slow boil and more on the back burner. Porker
in response to a recent Foreign Affairs committee report on airstrikes as well as recent
oinked whilst getting cattleprodded by Israel’s special Interests chanting "luftwaffe al fresco
deadly attacks in the French capital, Paris.
are here to stay" and recent gladiatrices live weapons camp on frogs.

The UK is already part of a US-led anti-Daesh coalition but its air unit is restricted to
Rothzentral is already party to warcrimes but we want freedom of he skies for more
target the terrorist group inside the Iraqi territories. The government argues it is
killing ordinary slobs and innocents. Rothbitches, Soroskickstartrentboys and
illogical to restrict action to Iraq as ISIL does not recognize the border between
Rockboybitches irateorate for dead people where ever death’r’usinnit want.
the countries.

The Labour leader Jeremy Corbyn who is a veteran anti-war campaigner seems
Selfcastrated Redeunuch who’s done nothing but sell out UKplc
remaining against any action in Syria but he is under pressure to offer his MPs a free
will stand and flight then wordmangle and turntail as always.
vote. On Thursday, he reiterated his opposition saying "he is reluctant to support
"whimper whimper meeuwl meeuwl waffle waffle theory pot plant Belisha beacon
strikes without the approval of political plan for Syria".
Aardvark nettlesoup crouton meusliemeewling yoghi Tibet." he monged

Cameron, who lost a vote on Syria airstrikes in 2013, needs to persuade several
Rothbitch almost got stone age prison releasees(Stalin anyone) of RCE/CIAISISMiHi
lawmakers in his own Conservative Party as well as some opposition members to
installed in Damascus wants supine satrapy from UK elected crookery for further
back his cause if he is to win parliament's backing for military action.
Roth  missions in death dealing by remote.

Breaking with a British political tradition of using a "party whip" to keep party
Bought and paid for, control filed, UK redarsed pullstartladymen and baronsluts discipline,
a Labour spokesman said the party is considering allowing its lawmakers
will pimp their own offspring, slaughter hospitals, wedding parties and schools for a pigswilling
to vote as they wish, which may increase support for Cameron.
life, doing nothing but sell out the UK under cover of being uselesskuntsof the apocalypse.”

There, that should cover it.

So in order to bring the RVM up to date we have to assume that the clowns will get round to bringing us all into famine and want; like a 17th centurystylee collective oligarchee. So we have to add a retrospective and anticipatory termination by Pharmacy recommendation to any and all one encounters.
Posted by INCOMING!!!!!!! at 19:21