More than your life is worth. 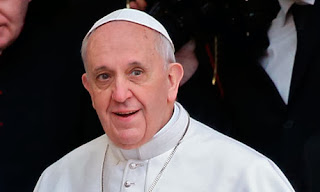 It is always one of those flags that tips one off to a sleight of the false historical hand when we are reassured by carefully tenured, bought, hybrid historians that the origins of this and that, or the true events of whatever malarkey, are lost in the mists of time OR more hi-viz; that the records and documents were burned in one of the many and mysterious library fires, 9/11 et al, that seem to have plagued the world since the truth was deemed unacceptable by the clonomonoheathen.

In all cases one would find oneself removed from history completely if one stuck one’s broadcasting stikkybeak into the veracity of psyhistory that has been approved, never to be questioned.

You know the type of historical ending, dressed in hysterical rags being torn limb from limb by lions in the amphitheatre or just head shot in the theatre. Anyway it is all staged; this monmentalistheathenism, this blinding of the herd to the written word other than the wholly scribed holy which upon close inspection of full of perforations in its coherence.

Well when ever did a monomentalist need to be coherent. It’s not like it is written in law. The truth does not exist for ex-exitmentalist existentialists. No; the mentalist approach to herd cullcontrol is what is lawful. Seen any apology yet from the for all the dead persons the heathen on the seven hills caused? Seen any apology for the millions killed by talmudualists in the circa 1920-1950? No of course not, that is why the dissolved itself before any reparations could be claimed by survibobibors of the Ukranian Holodomor or the gulag survivors and their families. A hologrammatical error malarkey like that pulled by so called diamond shitters, untattooed tattooed and fabulist survivors of the, safe as houses, work camps, ripping off post war Germany, was not on the cards because the USofA corp infesting co-monoheathenreligionistas of the Soviet perp executioners intended to come back and steal all of what was left of Russia with help from the RCE/NY heathenbanksters like Goldmansukks. Goldencalves of Ba’al, typical mooing, lowing killerclowns of the so called monoheatheist Testaments and their monatheist negative, everything they profess is fantasy and everyone else’s real experience is denied.

Mind you that is their mission; stamped deep into their DNA.

You know the kind, proscribed booklists that one would get burned at the stake for possession or reading, tsk-tsk, banned books in the TalmudicSovietSocialistRepubstakes and anything at all contrary to the fairy tales coming out of the flumes in the spiralling pyres over Auschwitzland and Soporibor. Jihadists destroying libraries and learning; bringing a golden age to the dead dhimmi. No one is to contradict the given WORD. No one is to think.

Given that the one common factor in all this collected human misery is the monoheathen in all their forms, one has to asks “Just how can they get away with it over thousands of years? “

Well I would proffer the theorem that we are dealing with a Lamarkian pathogen injected into the human spirit. Unlike Darwinian evolution, which is for the animals don’t forget, Lamarkian Kikery Theorem, remember anyone can be a kike just ask the killer Ashkenazi, just ask the degenerate Saudis, just ask an epicurean Jesuit curate, just ask an agronomist Maoist, Apiru is a safe life style choice, just like homicide. Always on the move away from the crime scene spreading their seed of destruction.

Through the study of the pathogen’s progress over time, it would appear that by the injection of Apiru inspired Lamarckian evil into the social body, the host will be turned evil completely without the need of selection, simply by the act of will to kill. Complimented by certain parasitical Apiru social traits, by the hermetic sealing of increasing parts of the social body through Lamarckian engineering the good will be killed, culled, slaved and indoctrinated. Through Lamarckian selection societies are changed by the will of the individuals of the heathen commune. Though appearing in history as individual, the Lamarckian actors are in fact communist and hive minded. Scribed history always emphasises these individuals as the commune seeks to enslave the free. Go and read some business theory or dialectic, consume some liturgy or watch the USofA degenerating into a slave state currently. Always the big name disguising the collective that will kill all before it eventually. Untying the world from humanity.

Some societies succumb more quickly than others. Within days, Aztec, within millennia, Teutons. Each gets its allotted treatment depending on the host’s response to full spectrum occult heathen intelligence gathering and the logistics to hand.

Although I wouldn’t piss on their books as far as veracity is concerned, one thing is certain.

The Môn heathen have been chosen alright, as vectors for the affliction of human destruction.

Now that we are getting somewhere with the Apiru question, their old boss is the next target of interest.
Posted by INCOMING!!!!!!! at 13:23