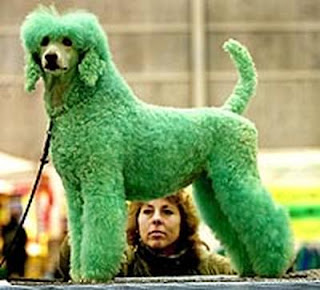 I have asked before. Are we stopped?

The 2iC moment passed without further need to bite my tongue. What was it that had just intrigued my piqued hemisemidemi quivering thought stream? What had I almost released from my Bow, archered out with a certainty that there would be a request for rubber wallpaper and a “special” jacket to be delivered from Amazon.com? I’d connected, just then, two independent lines of thought that I’d been kicking around for a long, long while. In many ways it was the cutting of the cord, severing of the last mooring ropes that still held me tethered, as described partially in the previous post.

Perhaps there was a continuum between the human heart and mind and the realisation that we had been given eyes.

As a starting point for this outing to phekkwittery I have to state a couple of things that inform my musings. One; quantum theory is but a shadow of higher dimensional interactions. Relativity is bollox; it is put, along with quantum theory, in the Herd Attention Space by beautiful scientoccultific wankstators to limit our horizons, aspirations and ken within the boundaries of the wonderful golden parklands. For….

The fuel for all this chaos and chicanery is hOUR attention. Oh yes, it is our responsibility, though I will mitigate our culpability by explaining that we are unwittingly invited into this religioXriminal complek.

To start off trying to explain what I believe is going on here I invite you to consider what I said when explaining the role of wankstators and the concept of the Herd Attention Space.

What I didn’t make clear at that time TisQiWas that the HAS is a hypnotic state into which we have been selected for, Lamarck style, and the wonderful park in which the beautiful wankstators stand is an imaginary construct created by those who possess a Reduced Instruction Set Complex or psychopathic. The ReligioKriminalRats of DNA/RNA.

The dynamic sustaining the HAS is a never ending process, it expands and is driven by a religiociXriminal core stretching back thousands of years into the bowels of the temples in Mesopotamia, who seek to have us worship them through ritual and ceremony. The key part of this ritual is the peculiarly impecunious death of millions, regularly, and through this ceremony they select for the worshippers who will be allowed into the HAS and inhabit the beautiful parklands. Each parkland tuned to the harmonics of a particular dream state for the HAS prisoners. Encapsulating each gangrenous parkland the tuned wankstators will keep the empty minds bedazzled and the sterilized spirits suppressed so that aborted worship can continue for ever and ever Amun Hotep.

In the above discussion of wankstators I described, and in a later update, political wankstators. However filmed skin thin rainbowed bubbled bawbled wankstators are everywhere. Go on; list your favourite soap star, film star, pop star, artist, novelist, freedom fighter, business hero, chatterati, religiousinisinistra. Go on name me one in any sphere, in any of the parklands that the Affliction reigns over, that bucks the meme.

The colony is an instrument of Affliction projecting into human society with the ultimate aim of killing the variegated and diverse, reducing the target society to ruin and bringing the remainder into the parklands of the Reduced Instruction Set Criminacarnality. Where the beautiful wankstators rotate and reciprocate.

Or some such repeated again and again, over and over, ceremonial shit.

As I sipped my next Red cider and munched on my sushi I realised that I’d broken out of the parklands and escaped the mesmeric memeshine, ausearphart and kiMUSIKller.