They are at it again. 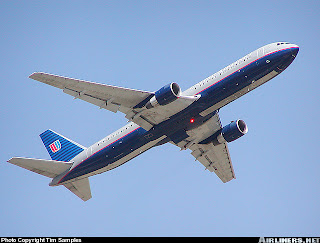 As I mentioned at belly the muppets were grooming us for a discrete period before they dropped the towers.

They’ve been at it again for a little while now. Though the real marker is the noncompliant oblongs.

I’ll hit the Anne Corens here; bring everything to a screeching halt; and answer your question? The question formed in your mind about 30 seconds ago. “WTF is the turney burney stuff, big things that go boom, and not yet spotted, all things mawashi, doing over here INCOMING!!!!!!!?”

Humour me; give me a bit of slack FFS! Am I not exclamationed? I’ll do my best to keep the following….oh bollox I cannot. The dropping of the twins means we’ll go hyperdimensional; again.

I suppose that it might be best at this juncture to restate just what it is that brought me out to this godforsaken ausphart.

Calderas and the bottle neck in human population mitochondrial mutation all connect in time and place here. Before the bang the human population was massive, after the bang the population globally might have numbered 10,000. Now that is a dark world in many ways. If you thought living in ancient Mycenae was lonely and dark, that the only way to travel was on the sacred waters by right of sacramental admiralty, so only the “special” people would ever visit you, then try and imagine being alive in the years after the kaboom all that time ago.

Dream the staggered big beasts of the eternal forest might eat you, the same beasts that the fascists at the earth worshippers today, like the NoahideUN and NazihideWWF, are so concerned we pander to rather than stop child sacrifice. When was the last time you saw a Panda Special Forces squad raid a voodoo ranch and save children? Did I miss something iGRÜNPIECE? Bush meat? Where? Londres? Laundered? Lourdes?

I always reckoned that the driving force behind the psychonaughts of civilisation was a given. Given by whom and why. As you know my current suspects are the root, Watchers, and their branches, Apiru. Original deep shelled fish and the other who manifest themselves currently as the selfish genetic memetic derived from Abraham’s technology induced phekkwittery.
Arthur C ‘s remark is valid, for all times and all places as far as doing a Derren Brown on the vulgar slobs is concerned.

If there were a small number of survivors after the bang, would they be of two groups? DialecticDialaDalek. The scum randomly distributed around the, then, economic co prosperity sphere and the slaver’s agents. Well the remnants of the slavers after the centre of administration got vaped, or dusted. A deep well of stewards.

Some societies are just eliminated from time and space; this lot could end up getting deliberately wiped out when the designer milspec rumble trundles through, others never disappear.